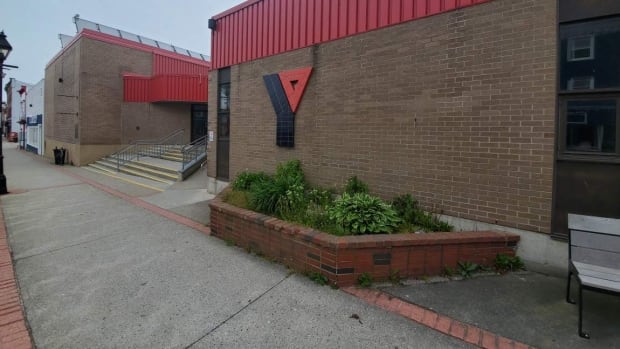 The Yarmouth YMCA, a fixture on the southwest Nova Scotia town’s Main Street for 162 years, has permanently shut its doors.

For years, the site has struggled with budget shortfalls while trying to juggle offering services to the community and looking for a sustainable plan for the future. On Wednesday, the Y announced there would be no future.

Board chair Chris Brown said the added challenge created by COVID-19 was “an insurmountable hurdle.”

“It’s almost like a death in the family, really, it’s that bad,” he said.

“It’s had a great impact on numerous families and thousands and thousands of individuals and, you know, it’s just something that’s going to be sorely missed for children’s development and the health and well-being of the community.”

Past measures not enough

The site’s interim CEO, Darryl McKenzie, said the board has taken drastic steps in recent years to try to confront a history of annual operating deficits. Measures have included selling the site’s parking lot, selling Camp Wapomeo and harvesting the woods from the former summer camp, and liquidating assets.

The Y was already plagued by aging infrastructure, including a pool that opened in 1967 and was the place generations of kids learned to swim. A recent building assessment, funded by the three municipal councils in Yarmouth County, found the YMCA needed $1.5 million worth of work before it could reopen and an additional $5.3 million worth of work in the next 10 years.

McKenzie said that was simply to keep the site viable.

“That’s not renovations or doing anything to upgrade the look or feel of the facility,” he said.

‘Funds weren’t there to make it happen’

The onset of COVID-19 and government-mandated shutdown of the Y and other fitness facilities in March proved to be the last crushing blow. McKenzie said bills continued to pile up even as no revenue was coming in, and reopening projections suggested the site could lose more than half its membership.

“When the board looked at that and had conversations with our municipal partners and the province and the federal government, we just realized that the funds weren’t there to make it happen,” he said.

Government funding, at the municipal level specifically, has been an issue of debate for years when it comes to the Y.

Clifford Hood, a councillor with the Town of Yarmouth and longtime Y member, said much of the site’s infrastructure deficiencies can be attributed to chronic underfunding and not all municipal units contributing their fair share.

‘It’s for the whole region’

Hood said losing the Y creates a gap in the downtown and makes all of Yarmouth County poorer. He pointed to its value in helping to recruit doctors and other professionals to the area, as well as the services it provides young people and families.

“It’s a core piece of recreational, civic infrastructure in our downtown core. If you lose that, you’re losing your core. It’s not just for the town. It’s for the whole region.”

The most recent dispute among councils appears to have stemmed from an ask of $200,000 and for a broader discussion about the future of the YMCA and how it’s operated.

Although the town and Argyle were prepared to contribute, at least in the short term, the Municipality of the District of Yarmouth was not.

Warden Leland Anthony said the money the YMCA required had simply become too much for his council and that residents he’s talked with weren’t interested in continuing to contribute.

Anthony said the Y could have done a better job fundraising through the years. The Y took in about $180,000 in fundraising and donations in 2019.

Hopes for a new pool

A plan was drafted several years ago that would have seen the Y moved. However, the necessary government support and a community capital campaign failed to materialize. Anthony said he would still like to see the idea of a new pool pursued. That would mean a gap in service of at least a few years, but Anthony said it doesn’t make sense to keep the Y going in the meantime.

Hood had a different view.

“No pool? Come on. Somebody’s got to wake up here,” he said.

Argyle Warden Danny Muise said he’s skeptical the Y can be saved at this point. It’s a valuable asset for a community, but Muise said he’s not sure they have the financial stability to support the site for the long term and finance the required work.

‘I hate to see it close’

“It’s a financial burden, for sure, but to me it is definitely a good facility to have,” he said.

“I hate to see it close, for sure. However, I’m not sure that we can afford to keep it going as a municipality.”

But Hood said he isn’t ready to throw in the towel.

The Y is more than a fitness centre and its worth to all of Yarmouth County far exceeds the costs related to getting it back in good working condition, he said.

“There’s good people around here. I think we can afford, in this county, that YMCA completely reinvigorated, reconfigured and up to date,” Hood said.