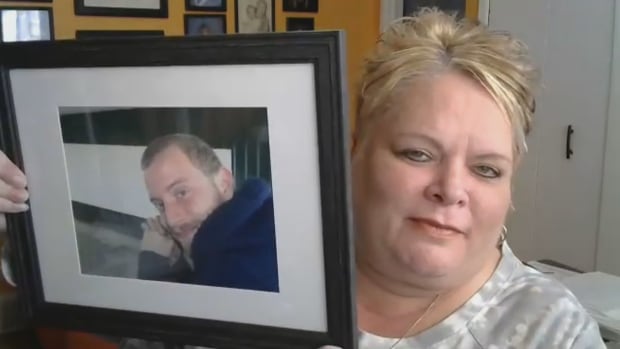 For three years she’s been among advocates calling for Windsor police to carry naloxone.

Now, with news hundreds of frontline officers are being trained to use the drug, McCowin said she’s relieved.

But one question lingers.

“What was the deciding factor? What makes all the lives moving forward more important than my brother’s was or people before him?”

In the past the department said data didn’t support officers being equipped with naloxone — which can reverse the effects of an opioid overdose.

There were 249 opioid-related visits in 2019, more than three times greater than the 78 that were tallied in 2007, according to WECHU. Twenty-nine were tallied in January 2021.

On Tuesday the chief said more than 275 patrol and investigative officers have already learned to administer the Narcan nasal spray version of the drug and that training is ongoing. There are roughly 500 frontline officers in the service.

“Our officers being deployed at the emergency shelters for people who are experiencing homelessness, as well as the recovery centres. I think that changes it,” Mizuno said in explaining her decision and the timing of it, adding the kits are being provided to the service for free.

While the chief cites the shelters set up amid COVID-19 outbreaks as a difference, it’s not clear how interacting with users there will be different from the ways officers would interact with people while regularly patrolling the community.

Explanation a ‘bit of a shock’

Bruce Chapman, president of the Police Association of Ontario (PAO), expressed surprise when asked about the explanation.

“There are countless cases of police personnel during their regular patrols coming across individuals who have suffered an overdose and saving their lives. I could give you 20 examples across the province and that happens every day.”

Last month, for example, OPP issued a media release stating it has saved 210 lives using naloxone since its officers started using it in 2017.

Others, including Windsor West MPP Lisa Gretzky, have suggested police linking their decision to the emergency shelter serves to stigmatize people experiencing homelessness.

“[Police] didn’t decide to come to this determination because we have a crisis,” she said.

“They’re coming to this determination because there’s stigma attached to homeless people and they’re going to be working around them so now it’s important.”

The chief said the service does not want to further stigmatize people with addictions, noting the majority of overdose calls police respond to are at private residences.

Mizuno also pointed to “stress” on emergency systems in the city during the pandemic and a pair of community alerts from the Windsor-Essex Community Opioid and Substance Strategy.

One of the alerts was in response to 22 fentanyl-related visits to the emergency room in just one week, including 16 overdoses, numbers described as “extremely high.”

“All of those things in totality have certainly led to the decision,” said the chief.

The PAO represents officers at dozens of police services, including Windsor, and has been pushing departments to carry the drug since 2019.

Chapman said as far as he’s aware Windsor is the last large department to do so.

“It should have been done a long time ago. It’s unfortunate it wasn’t,” he said.

“Who knows how many lives could have been saved. We don’t know the answer to that, but we do know as a result of the decision Windsor has finally made that there will be lives saved.”

A CBC analysis of police reports where officers responded and naloxone was administered between November 2018 and December 2019 found that on at least 14 occasions, Windsor police arrived first to the scene of a drug overdose without naloxone in-hand.

The chief said police still consider an overdose a medical emergency that is best responded to by medical personnel such as paramedics.

She also stated she believes no one has died because police didn’t have the drug in the past.

Up until this decision, Windsor police had officers with just three units — detention, city centre patrol and problem-oriented policing — that had access to the drug.

Officers equipped with naloxone in those units have already used it twice this year, according to Mizuno.

McCowin said the decision from police could mean another family is spared the pain she carries.

Graeme was the baby of the family, a “joker,” who was helpful and “larger than life” with a wife, baby and job before he became addicted.

But years of hearing police give reasons not to carry naloxone left her questioning whether his death meant anything.

She can’t shake that feeling, even now.

“I just thought. ‘There isn’t a need? I think if it was only one person, my brother, or whoever, there should have been a need,'” she explained.

“Think about how many people have died in the city of Windsor from opioid overdose.”