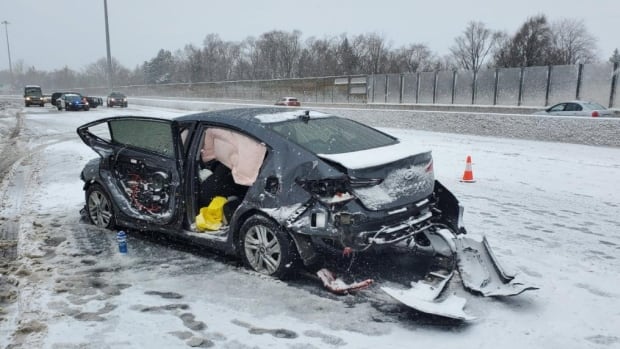 A woman is dead following a four-vehicle collision on Highway 7/8 E. near Fischer-Hallman Road Tuesday morning.

Cambridge OPP are on scene. They tweeted the 23-year-old woman was a passenger in one of the vehicles.

Anyone who witnessed the collision is asked to contact Cambridge OPP at 519-654-0150.

Cambridge OPP on scene on Hwy 7/8 near Fischer Hallman Rd with a 4 vehicle MVC that has claimed the life of a 23 y.o. female passenger. Initial reports of a male that had died were incorrect. ^dh <a href=”https://t.co/KUn06F0Dvq”>pic.twitter.com/KUn06F0Dvq</a>