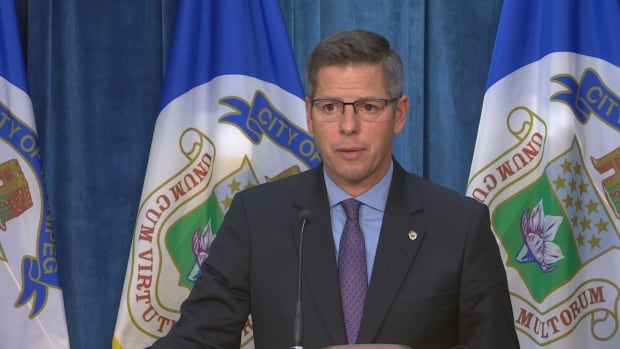 Winnipeg Mayor Brian Bowman announced he will not seek re-election in 2022, giving two-years’ notice to anyone thinking about running for the office.

At a news conference on Friday afternoon, Bowman said he never planned to be a “career politician,” and he wanted to give business and community leaders in the city time to decide whether they want to put their names on the ballot.

“The community, having that benefit of time, I know will do a great job in elevating the next leader in Winnipeg’s 44th mayor,” he said. “I’m thinking about the long-term interests of the city.”

At the end of his term in 2022, he will have served eight years as mayor, which he says is “a good chunk of time” to lead the city.

Bowman promised that his focus on the job will not waver during his remaining two years in office. His main priority will be fighting the pandemic, he said.

“My focus has to, and will, remain right now helping our community weather this storm,” he said, adding he is committed to serving out the rest of his term.

“I have to be very clear: I’m not going anywhere, you’re stuck with me for two more years. My focus is on the pandemic right now. I don’t want anybody thinking that I’m making decisions based on re-election.”

Bowman said other priorities will include the Winnipeg Transit master plan, due next year, city council’s human rights committee, and his challenge to Winnipeg to plant a million trees in the city over the next two decades.