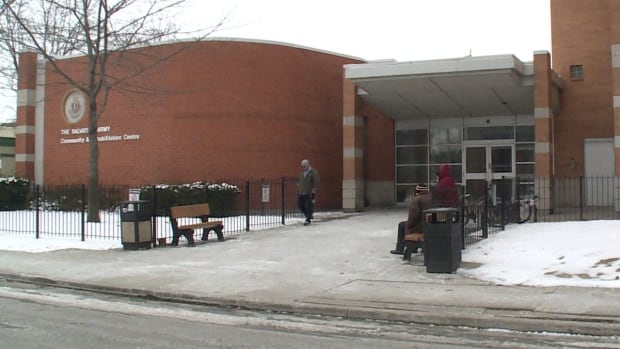 The Salvation Army’s Centre of Hope shelter in Windsor’s downtown will be cutting off new intakes starting Friday as it struggles with a large COVID-19 outbreak at its facility.

“We want to get out of outbreak as soon as we can and that’s our number one priority right now,” Glenn Van Gulik, the divisional secretary for public relations with Salvation Army Ontario said.

The facility first reported its outbreak last week with eight positive cases, but that has now grown to 34 total cases. The Windsor-Essex County Health Unit said it would not order the Salvation Army to close, even though it just mandated that for the Downtown Mission, another shelter experiencing a large outbreak.

“We haven’t considered a similar order that we have for the mission because of how the salvation is structured and their ability to implement some of these outbreak control measures,” Dr. Wajid Ahmed, medical officer of health for the Windsor-Essex County Health Unit said.

The Salvation Army has room for 50 individuals, including a shelter capacity of 26 and 24 additional housing units on-site.

Van Gulik said while some have gone to the city’s Isolation and Recovery Centre, others are able to recover on site because it acts as both an emergency shelter and residential program.

“We’ve got a number of individuals who are housed on our third floor that have small apartments that we are able to make sure they are safe in those locations,” he said.

“That can be separated from and we can work with those individuals in a different way rather than have them in a congregate population.”

No new intakes across province

While the Windsor shelter is suspending new intakes this week, it’s not the only one. Other Salvation Army locations across the province are doing the same.

As for Windsor specifically, Van Gulik said it will not be taking in new people until the outbreak is over.

“What we want to do is stop that intake… until we can get ourselves out of outbreak and then we can re-admit people safely,” Van Gulik said.

It is, however, attempting to open its gymnasium as a separate place for people seeking refuge, he said.

But he said it’s unclear when that will happen as the effort is somewhat hampered by a recent fire the facility had.