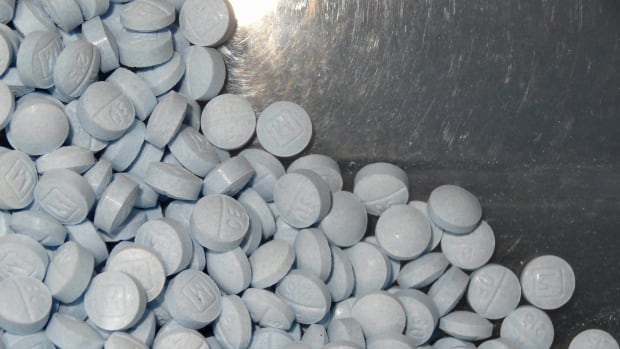 The Windsor-Essex County Health Unit issued an alert Thursday over a high rate of opioid overdoses that occurred within the span of a week.

The health unit says that between Oct. 13 and Oct. 20 there were 11 opioid overdoses, eight of which involved fentanyl.

Nine of the overdoses occurred in just 24 hours and led to emergency room visits.

In an interview with CBC News Friday, Windsor’s medical officer of health Dr. Wajid Ahmed said he thinks the COVID-19 pandemic has contributed to the increase.

“What we have noticed throughout this pandemic [is that] there are many people dealing with stress, anxiety and isolation,” he said. “And when you translate it to people who already have some kind of an existing mental health condition or issue with addictions, we are noticing an increase in hospitalizations and emergency department visits as a result of that.”

Ahmed said that he believes the pandemic has put the opioid crisis on the back burner, and that it needs to come back to the forefront of public health conversations.

He said it’s likely that many cases are going unreported during this time, so the high number of recent cases don’t convey the true scale of the issue.

“There are other cases that often go unreported and either friends or family members, they are using naloxone to reverse any overdoses or any concerns, and they never even go to the hospital or call 911,” he said.

Windsor Police said earlier this week that some officers will soon carry naloxone, a drug that can temporarily reverse the effects of an opioid overdose.

The community needs to have conversations about how to address addiction and overdoses, Ahmed added. He said this includes developing support programs and establishing safe injection sites.

In August, the health unit put out a call for expressions of interest to building owners and landlords to house a safe injection site.

“I think there are obviously a number of issues that are delaying the entire process, but we need to move forward. We need to make sure that as a community we’re all in this together,” Ahmed said.

“We cannot just close our eyes and say that it doesn’t exist. We have to see it the way it exists.”