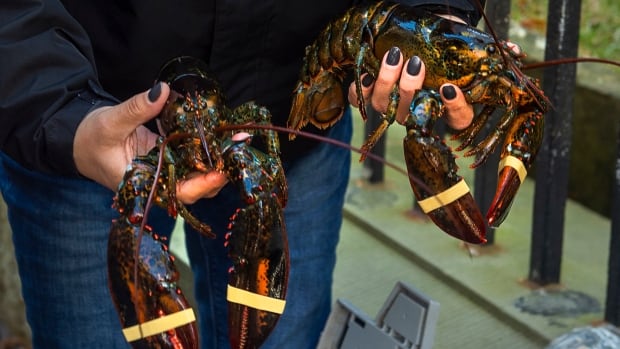 The Sipekne’katik band was still looking for someone to take 6,800 kilograms of lobster off its hands Friday after a local lobster processor refused to “take the chance” on the crustaceans held in storage at a pound in southwest Nova Scotia.

Bruce Gidney, of Gidney Fisheries, said he offered to buy lobster from the Mi’kmaw boats harvesting under commercial licences in Lobster Fishing Area 35, or LFA 35, where the season is open.

He spoke with Mike Sack, the band’s chief, on Friday but there was no deal.

“We offered to buy his lobsters from licensed boats in District 35 and we stand behind that,” Gidney told CBC News on Friday.

He said he was told the band has no boats fishing in that area.

“He wanted me to buy lobsters out of a pound somewhere, but I’m not interested in those because I don’t know where they came from or the quality of the product.”

The non-deal is news because Gidney on Thursday publicly declared his willingness to buy Sipekne’katik lobster harvested under commercial licence.

The offer was a response to Sack’s claim that buyers and suppliers won’t do business with the band because of its recently launched, self-regulated moderate livelihood fishery in St. Marys Bay. The commercial season is closed there.

Gidney said there was no way for him to know whether the lobster in storage at the pound in New Edinburgh, N.S., came from commercial boats or from the moderate livelihood fishery in St. Marys Bay.

“Those lobster have been there since last week,” he said. “I can’t take the chance that they are blended with lobster from St. Marys Bay.”

Under provincial law, plants are only allowed to buy lobster harvested under licences issued by the Department of Fisheries and Oceans.

Band says buyer turned them down

The Sipekne’katik moderate livelihood fishery has not been authorized by DFO.

On Friday, the band issued a news release saying Gidney turned down an opportunity to buy its lobster.

“Contrary to reports that Gidney Fisheries Ltd. was interested in buying the catch, Chief Sack spoke directly with Bruce Gidney this morning who indicated that he was unable to purchase the commercial lobster.

“Chief Sack continues to seek a buyer for the catch, ‘this lobster is not from our Moderate Livelihood Fishery and is fully commercially licensed lobster that has been boxed out of the market and from our usual customer supply chain as the commercial fishery continues to threaten and intimidate people we’ve done business with for years,'” the release said.

Gidney said he won’t boycott anyone but he can’t be sure of conditions at the pound where water quality, ammonia levels and other factors could jeopardize the quality of the commercial lobsters.

He added that he risks losing his provincial buyer’s licence if he is “mistakenly” given lobsters that were not caught commercially.

Meanwhile, the band said it’s actively seeking a buyer for the catch and encourages anyone who is interested to contact its fishery operations office.

Sipekne’katik has pulled its three commercial boats out of LFA 35 and moved them to Saulnierville, N.S., in St. Marys Bay to support its fishery.

Eleven members have each received 50 lobster trap tags from the band.