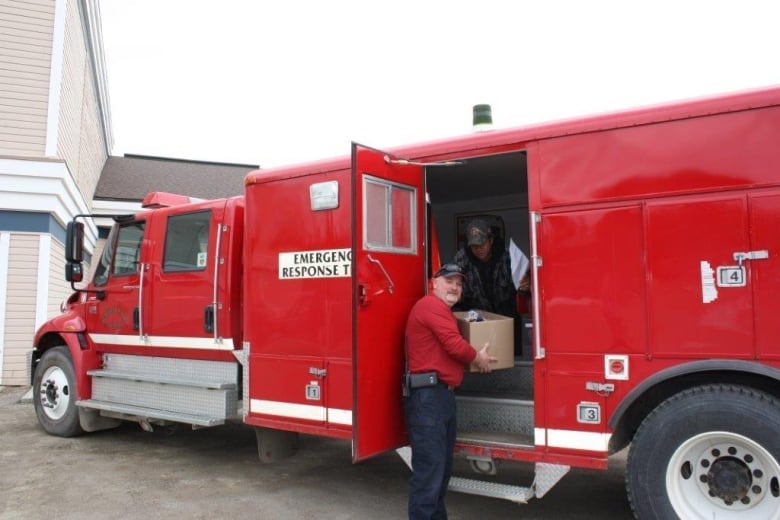 A big effort is underway in Watson Lake, Yukon, to ensure people aren’t going hungry during the COVID-19 crisis.

It’s pulled together people from a wide swath of the community including a large corporate donor.

Rudd lives in Watson Lake. Her normal job is working for Fetal Alcohol Syndrome Society Yukon. She supports people with neuro-developmental disabilities such as FASD, autism and cerebral palsy.

But in discussions with other people in the social services field, she said, they realized food security would be part of preventing the spread of COVID-19.

Some of their clients and others in the community are constantly on the move to find food. That leads to them moving from house to house, she said.

“If we could manage food security in a way that didn’t put stress on people, that could encourage people to stay home,” said Rudd.

She learned that the owner of a mine near Watson Lake had approached a local school about helping replace some of the meals the students had been receiving every day at school before classes were suspended.

Coeur Silvertip was offering to pay for 75 meals per day, five days per week, supplemented by groceries.

Rudd and others came up with a plan to support the families of the children in need, the agencies’ own clients, seniors and others.

Coeur is paying three local restaurants to provide the cooked meals and working through Wykes Independent and PNW Freight to send a bulk delivery of groceries to Watson Lake that is divided into 55 hampers and delivered on Fridays.

“I have volunteers who meet the truck, unload the truck, sort the groceries,” said Rudd.

The restaurant meals are typical varying from roast chicken and potatoes to Chinese dishes, she said.

The high school donated the food it had stockpiled for its cancelled meal program. Rudd said three volunteer cooks are turning that food and other donations into frozen meals meant primarily for seniors.

The meals and food are sorted depending on the needs of the people receiving them, she said.

Some people have no electricity or running water, Rudd said, so meals that can be heated up in a pot on a wood stove work best for them. Others are living in RVs.

“I had one volunteer the other day tell me, ‘I did not know how many people were living in poverty in this community until I delivered those hampers,'” said Rudd.

She said the Liard First Nation is also providing money to members for groceries and the local soup kitchen has begun delivering sandwiches.

There is more demand than what’s available, however. Rudd is telling people to put their names on a waiting list. She’s applying for more funding from other sources.

Loralee Johnstone, Coeur Silvertip’s representative in Yukon and raised in Watson Lake, said like many others during the pandemic, the company wanted to help.

“We can take some credit for what we’re doing, but really there’s a phenomenal group of volunteers there that’s putting in a tonne of effort and care very deeply for their community and it’s an honour just to be part of that,” Johnstone said.

She said it’s also donated 10 laptops to Watson Lake schools for students working remotely on their studies and 5 laptops to the Tahltan First Nation for students in Dease Lake.

The company actually suspended operations in February at its mine located just south of the Yukon-B.C. border while it looks for ways to boost production.

Johnstone said there are still about 100 employees working on care and maintenance of the site and on a drilling program. She said some of them are also donating money to the food program.

She said the worksite is meeting or exceeding all of the standards set by the B.C. government for operating an industrial camp during the pandemic.

There have been no cases of COVID-19 at the site, Johnstone said.