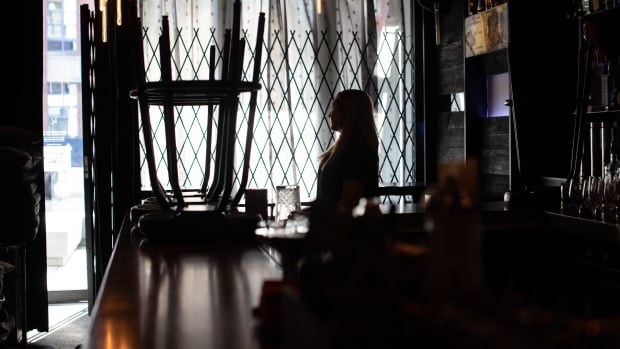 Late summer and fall have seen Waterloo region slip into the “orange zone” of COVID-19 provincial restrictions and as of Monday, it will be in the “red zone.”

In the span of just a week, at least two independent restaurants in Waterloo region announced they were closing due to the pandemic and one outlet of a chain coffee shop shuttered as well. Will more follow soon?

Restaurateurs in smaller business centres are expressing that they feel a combination of anxiety, anger and fear: some are confident their business “pivots” can sustain them; others are rightly concerned that their food operations will have to close.

Planning for the red zone

Some have already planned for a worst-case scenario: At MeMe’s Café Food Shop and Coffee House in New Hamburg, the business switched earlier from sit-in dining to take-out and selling specialty food items not available from area grocery stores.

MeMe’s Café owner Meredith Hagen essentially removed her café seating and says the change gives her a chance to survive when dining-in is further reduced — or closed down entirely.

“I would imagine we’re going to continue with the way that we are. At this point, we are only allowing three people in the café at a time and with all the safety protocols,” Hagen says.

A few blocks away, Jake and Humphreys’ Bistro says they are ready for red and are in a good financial position. Co-owner and co-chef Janet Duncan says she doesn’t believe the change will be too severe for the small bistro.

“We are already easily in compliance, but red would mean we would have to call and adjust some existing reservations. We can do 14 guests at six feet apart, but we will have to go to 10,” says Duncan.

Also in New Hamburg, a small restaurant group has a different set of concerns because they serve varied markets in their different styles of food operations.

Imperial Market and Eatery, with its robust and established take-out service, has settled into the new business environment and feels it has a good chance to survive, according to head chef Jaret Flannigan, who adds that the two other sister restaurants the group owns will feel the sting of new restrictions.

“Imperial would be the least affected and could probably survive, only because we have a strong take-out. However, the two pubs in our group have felt the restrictions,” Flannigan says. “Obviously, cutting off alcohol sales at 9 p.m. hurts us, too.”

In Wellington County, baker Greg Dove says he believes he can manage in a time of a wider shutdown because of Elora Bread Trading Company’s small size and the fact he is an essential service.

“We only allow one masked bubble into the shop at a time,” Dove says. “It’s made for longer line-ups outside and some people may not like that, but it is the world we live in now.”

Size might seem to make the difference: a small venue, if it has the right balance of how it generates revenue, could manage further restrictions; a large venue of 200-plus seats that is reduced to only 10 would have some serious scrambling to do to re-direct its business plan.

“There seems to be mixed messages coming from officials. They say in-door dining is safe with the protocols in place. Almost in the same sentence, they say stay home and only go out for essentials,” says Flannigan.

He makes a good point when he notes that people are having larger gatherings inside their home and likely not implementing safety protocols strictly.

“They’d be safer to come to a restaurant because we have screening, extreme sanitation measures and contact tracing. There’s a piece here where the message is mixed,” Flannigan says.

Add to all of this uncertainty and concern the coming holiday season. Christmas sales, when many businesses and not just restaurants pull in a lot of their annual revenue, could be very seriously impacted by further restrictions.

With no banquets and large parties and no big spending, things will quickly get worse, says Flannigan.

“For any businesses that rely on Christmas functions and big lunches and dinners, restrictions could be absolutely crippling. I can’t even imagine.”