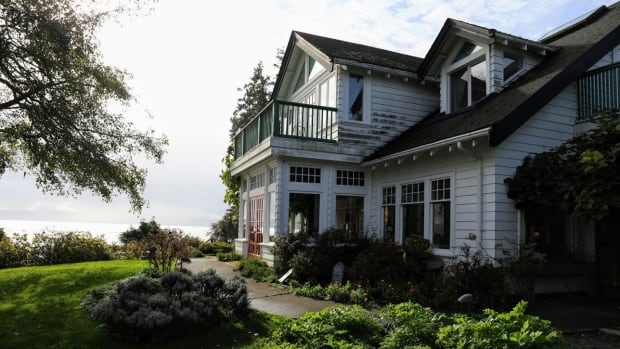 The Vancouver Island couple who built Sooke Harbour House into one of Canada’s most renowned tourist destinations has won a resounding victory in their battle to wrest control of their beloved hotel away from a pair of purported financiers.

In a blistering decision Tuesday, a B.C. Supreme Court judge awarded Frederique and Sinclair Philip — now in their 70s — more than $4 million for the “six-year odyssey of lies, excuses, threats, intimidation and bullying” they suffered at the hands of Timothy Durkin and his partner Rodger Gregory.

In a 94-page ruling, Justice Bill Basran concluded the Philips’ “reasonable expectation of a comfortable and well-deserved retirement has been effectively stolen from them because they unknowingly put their future in the hands of these two fundamentally dishonest individuals.”

The judge reserved especially harsh words for Durkin, who — according to the judgment — swore a false affidavit in order to obtain an injunction that kept the Philips away from the hotel while he fought them in court.

“His view of the truth is whatever will serve his interests in the moment. He is entirely unencumbered by ordinary norms of morality, integrity and decency. He is a garden-variety bully who preys upon those whom he perceives to be weaker than himself and vulnerable to his mistruths and manipulation,” Basran wrote.

“Unfortunately for the Philips, they were victims of Mr. Durkin’s countless lies and deceptions.”

The toast of the culinary world

The decision marks the latest turn in a saga that has been ongoing since 2014, when the Philips — burdened by debt that started with the global financial crisis — first met Durkin and Gregory.

In the 35 years prior, they had turned the six-room bed and breakfast they purchased in 1979 into a culinary sensation beloved by wine and food critics, frequented by celebrities and world leaders and honoured by Canada’s Governor General.

The Philips reached a share purchase agreement in 2014 that would have seen Durkin and Gregory purchase their interest in the hotel for $6 million.

The Philips believed they were going to get $2 million, and according to the judgment, Durkin assured them that his company — SHH Holdings — had the resources to cover the existing mortgage and interest owed to the Business Development Bank of Canada.

In fact, Basran found that despite Durkin and Gregory’s grand promises of a “syndicate” or “posse” of investors from Tehran to Zurich — SHH Holdings never raised more than $54,000.

The judge said Durkin took control of hotel operations and kept stringing the Philips along, until they ultimately signed a settlement agreement in which Durkin promised his company would pay off the mortgage and give the Phillips $1.5 million.

But that never happened, and the Phillips attempted to take control of the hotel in August 2017 — telling Durkin that all deals were off.

The fight reached the courts when the two Durkin-led companies involved in the purchase and management of the hotel sued the Philips in a bid to reassert control of Sooke Harbour House.

Durkin won an interim injunction in September 2017 from another judge, who ordered the Philips to “immediately quit and leave the premises” despite the fact they were still the property’s legal owners.

In his ruling, Basran found that Durkin had sworn a false affidavit to obtain the injunction.

“He concocted a narrative in which [his company] was not responsible for its failure to complete the [share purchase agreement], the Philips could not be trusted to operate the hotel, and he was effectively and successfully managing it. None of these assertions are true,” Basran wrote.

“It is extremely unlikely that the court would have granted the injunction if it had evidence that disclosed the true state of affairs at the hotel, in particular, details of Mr. Durkin’s lies, excuses and misrepresentations.”

Basran concluded that Durkin had “lied unabashedly” throughout the trial and tried to intimidate Sinclair Philip by directing “an expletive ridden insult” to him outside the courtroom.

Durkin denied the allegation at first, but the judge told him sheriffs had witnessed the confrontation.

Basran also found that Durkin’s partner in the attempt to purchase Sooke Habour House — Rodger Gregory — was not credible and was “bombastic, argumentative, evasive and needlessly and inaccurately scathing in his vilification of the Philips.”

In an email to the CBC, Durkin said he plans to appeal the ruling.

The case is one of several Durkin has before the courts.

Last month, he sued Facebook for $50 million over the existence of an “imposter” account that appeared set up to troll him in relation to allegations by U.S. authorities that he was involved with a Ponzi scheme.

Durkin — who came to Canada from the United Kingdom as a child — faces possible deportation over an indictment issued in Alabama in 2013 that claims he and others defrauded U.S. investors of more than $4 million.

He has denied any involvement or knowledge of the scheme.

The damages Basran assessed include money for breaches of the purchase agreement by Durkin’s companies and more than $1.3 million in damages arising from the injunction.

The judge found that Durkin — not just his companies — should be personally liable for the losses caused by the injunction. He said Durkin provided no explanation for what happened to any of the revenue the hotel earned in 2019 and 2020 and failed to make payments on first and second mortgages taken out against the business.

The Philips’ lawyer called the ruling a “resounding vindication.”

But it’s likely to be bittersweet. This summer, North Vancouver-based AIG Enterprises purchased the land, the Sooke Harbour House building and its associated assets in a court-ordered foreclosure sale for $5.62 million.

Neither Durkin, his companies, nor the Philips are involved with the property anymore.