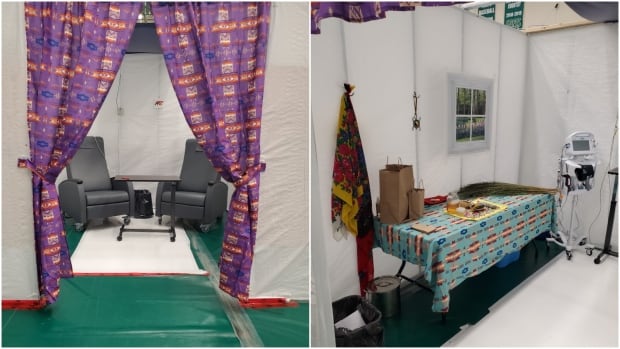 In Windsor-Essex, the lead nurse administering vaccines to the Indigenous population says supply is meeting demand as the rollout continues to move forward.

Starting next week, those high-risk and 40 and older in the region’s Indigenous population can start receiving their vaccines. As of Thursday, registered nurse Sara Williams says 59 Indigenous people who are high-risk and 60 and older have received shots, with 57 of them getting both doses of the vaccine.

“I think we’re doing the best that we can to be able to get our message out there that vaccines are available,” said Williams, who has been redeployed from working in the Erie Shores Healthcare emergency department to help with the vaccine rollout.

But this in contrast to one neighbouring First Nations community who told CBC News last week that they don’t feel the government is living up to its vaccine priority promises. Chief of Walpole Island First Nation Charles Sampson said the rollout has been slow and he still doesn’t have enough vaccines for all of his seniors.

Yet, Williams says that isn’t the case for Windsor-Essex, where she feels like they have enough vaccine on hand to give out to those who want one.

“[Windsor-Essex] had the highest cases in the province so we need to make sure we’re doing priority where priority is due, I think that’s where the rationale is,” she said.

Williams, who is Aamjiwnaang First Nation, has taken charge of the vaccine rollout for the Indigenous population at Windsor’s St. Clair College Sportsplex.

In doing so, she has created a culturally aware space for community members to get their shots.

According to Williams, the rooms in the culturally aware space have tribal printed curtains, Indigenous artwork, sweetgrass, dream catchers and cedar on the outside.

She said they also performed a ceremony before opening the space up, which involved prayer, smudging and washing the walls with cedar.

“It’s been really good, at first I wasn’t really sure how it was going to be received,” she said.

“It’s been amazing, I’ve had a few followup emails afterwards just thanking me for creating that space and they felt a lot more comfortable. I disclose to them that I am Indigenous and where I’m from and I think that helps to ease anxiety as well.”

There’s also a waiting room with community agency pamphlets and spaces for people to wait in, rather than having them line up.

She said the goal was to create a space that the community feels safe in and hopes their setup encourages more people to come get vaccinated.

“A lot of people have contacted me with questions,” she said.

“There’s a lot of hesitancy surrounding the vaccine, which is understandably so, Canada doesn’t have the best history with vaccinating especially when you hear that inmates and Indigenous people are top priority it sort of raises red flags, so it’s up to me to provide that education about the reasons why Indigenous people are a priority.”

She added that Indigenous people are known to have underlying medical conditions and, because of this, are likely to be more negatively impacted by COVID-19.

She is working in partnership with Windsor Regional Hospital and the Southwestern Ontario Aboriginal Health Access Centre and says she’s the only Indigenous nurse administering vaccines at this time. For other nurses to join her, she says it’s important that they have cultural safety training.