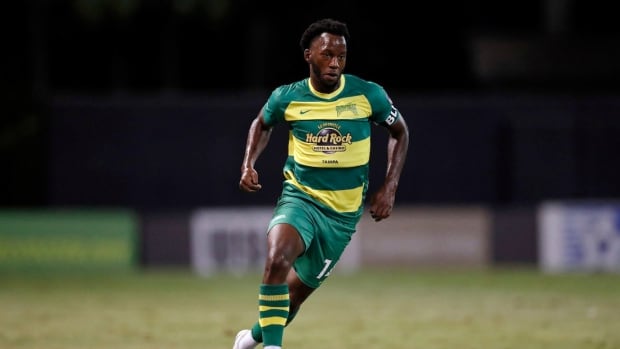 The Rowdies announced Friday that head coach Neill Collins and two others, who were not identified, had tested positive for COVID-19 and would miss the final. The Tampa Bay Times reported that assistant coach Kevin Foley was one of the three to test positive.

At the time, the club said there were no other positive tests among Rowdies players and staff.

But the outbreak widened and the league said additional testing Saturday had produced multiple positive tests within the Rowdies. It said it was calling off the final “for the health and safety of everyone involved.”

“The affected individuals have been immediately isolated at home, are recovering in good spirits under the care of team physicians and infectious disease experts, and all league, local and state health and wellness protocols continue to be followed,” the league said in a statement.

“First and foremost, we want to applaud these two teams on an incredible season,” USL president Jake Edwards said in a statement. “They deserved the opportunity to play for the USL Championship final trophy and we are disappointed that we won’t be able to watch them on Sunday night.”

The league said the two teams “will explore the possibility of a 2021 season kickoff game” prior to the 2021 season.

The final had been a sellout with some 1,500 fans allowed into the 7,500-capacity stadium.

After going into lockdown in March, the USL Championship started a modified schedule in July with teams divided into eight regionalized groups and playing a 16-game schedule.

Phoenix got to the final the hard way, needing extra time in all three playoff games, including penalty shootout wins over Reno 1868 FC in the Western Conference semifinal and El Paso Locomotive FC in the final after opening the playoffs with a win over the Sacramento Republic.

Tampa downed the Birmingham Legion, Charleston and Louisville City en route to the championship game. Johnson, who has been nursing a knee injury, came off the bench in all three games.

The 22-year-old from Toronto spent five years in the Toronto FC system before signing with Tampa Bay in December 2018.

The USL Championship is the second-tier league in the U.S.