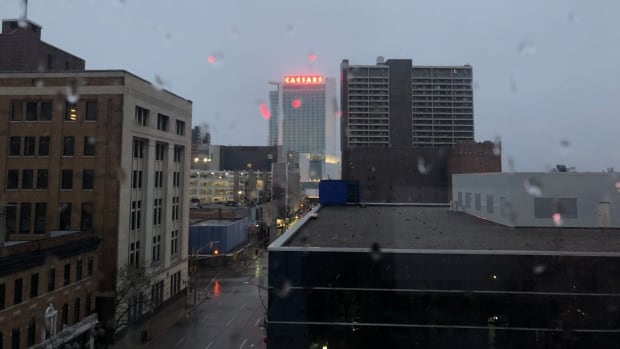 Windsor-Essex and Chatham-Kent are expected to see a “multi-day snowfall event” that could last from Monday until Wednesday and bring up to 20 centimetres of snow, according to Environment Canada.

Rain mixed with snow are expected for the regions Monday, Environment Canada said in a statement issued around 5 a.m. By Monday afternoon, the rain is expected to change to snow, with five to 10 centimetres of snow possible by Tuesday morning.

An additional five to 10 centimetres are also possible for Tuesday into Wednesday morning.

In the statement, Environment Canada said that strong northwesterly winds, gusting around 70 kilometres per hour, are possible Monday night and Tuesday, specifically near Lake Huron.

Due to the strong winds, the Essex Region Conservation Authority (ERCA) issued a flood watch Monday for the Lake St. Clair shoreline from Belle River to Tilbury North in the Town of Lakeshore and for the western shoreline of Pelee Island in Lake Erie.

By Monday afternoon winds are expected to reach speeds higher than 40 kilometres per hour, with some gusts more than 60 km/hr, the statement reads. These conditions could last until Tuesday.

Based on these wind speeds, ERCA said in its watch statement that there is the potential for near-shore erosion with wave overtopping and spray along the Lake St. Clair shoreline, specifically between Belle River and Lighthouse Cove in the Town of Lakeshore.

Some areas might experience breakwall damage and could erode the western shoreline of Pelee Island.