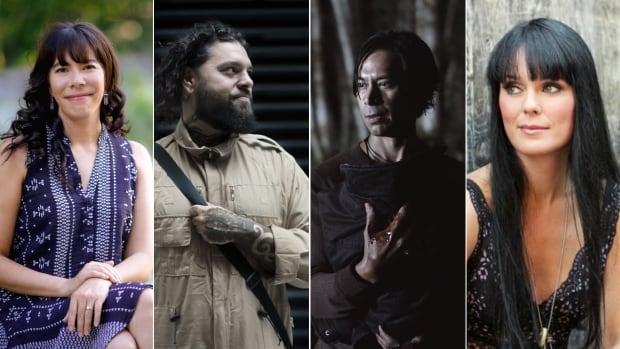 This week, Unreserved heads to the virtual red carpet.

The Toronto International Film Festival is one of the biggest film festivals in the world. In a typical year, TIFF attracts hundreds of thousands of people for screenings, galas and parties.

This year, with travel restrictions and the need to social distance, the festival looks a lot different. Join us as we explore this year’s festival and talk with the Indigenous creators who are showcasing their work at TIFF.

Cameron Bailey, artistic director and co-head of the Toronto International Film Festival, talks about the selection of Indigenous films screening this year, and about the importance of representation.

Michelle Latimer has not one, but two, major projects premiering at TIFF. She is the writer and director of the film adaptation of Thomas King’s The Inconvenient Indian and the director of Trickster. Michelle talks about the power of taking up space as an Indigenous filmmaker.

Joel Oulette and Kalani Queypo star in Trickster, an adaptation of Eden Robinson’s novel Son Of A Trickster. The two actors tell us why the Indigenous gothic series has a little something for everyone.

Tank Standing Buffalo thought when he finished his short film, he’d post it on Instagram and get a couple of likes. Instead, his animated film RKLSS is showing at TIFF this year. RKLSS is based on Tank’s experiences as a youth in the criminal justice system. Standing Buffalo talks about how art saved his life.

Thirty years ago, Mohawk director Tracey Deer was a 12-year-old girl growing up in Kahnawake. She lived through the armed stand-off that became known as the Oka Crisis. Deer’s debut feature movie, Beans, mirrors her experience of that time.