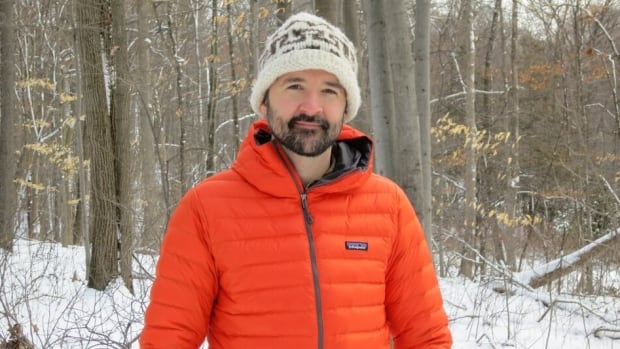 A researcher at the University of Waterloo is kicking off a study that looks at how climate change impacts forests.

Andrew Trant says he wants to look at how landscapes change and how forest ecosystems will change as the climate continues to shift.

It’s work that could inform conservation efforts down the road, said Trant, who is an assistant professor in the school of environment, resources and sustainability.

Waterloo Region is not an area known for being heavily forested, but Trant told CBC it’s interesting from an ecological perspective.

“We are on the edge of two different forest types,” he said. “To the south of us, we have the Carolinian forest, and some of those species we do find around here, so things like walnut trees and tulip trees… and then just to the north of us, we have another forest type.  Some people refer to it as the Great Lake St. Lawrence forest, and you have oaks, maples, birches.”

Trant’s goal is to understand the conditions that created the current forest composition in the region and to understand how it will change in the future, he said.

How forests may change

The species of trees that exist in Waterloo region right now reflect past climates, he explained.  As climate changes, species need to move to areas that have a similar climate as the one they thrive in.

For species in the region, that means migrating north, he said.

To explore how the forests may evolve years from now, researchers will plant the seeds of specific trees in areas where they are currently known to grow.  They will then plant seeds along a gradient moving further north and study how they perform.

“So if the seed starts to grow and dies, well we get information really quickly about areas that are suitable for growth and not,” he said. “Even within the first year, we’ll get a good sense of the sites that are not suitable. And then every year we get more and more information about what those conditions are that have either resulted in the species being able to survive and establish or conditions that prevent them from doing so.”

Trant’s team wants to find out how tree species move across the landscape and if they can adapt to climate change by migrating in a landscape as fragmented as that in Waterloo region.

Trant is partnering on the project with the Waterloo area land trust and environmental institute Rare, which owns and stewards around 1,000 kilometres of wilderness along the Grand and Eramosa Rivers.

Some of his research will take place on field plots on their territory, said Jenn Quinn, a program scientist with the organization.

Rare prioritizes research, Quinn said, and working with researchers who want to do long-term projects is mutually beneficial.

“Working with a partner like Andrew is just excellent because Andrew really understands the importance of not just gaining the knowledge but sharing the knowledge, and he’s already, for example, done a presentation to a group of community members and donors at Rare to share about his research interest,” she said.

She also expressed enthusiasm for Trant’s plans to take core samples from trees in order to age them and study their history.

“That’s really exciting for us,” Quinn said. “Tree coring is not something we always have the resources to do, and we’d love to be able to do that about once a decade, so this is really great timing for us because we’re able to partner with a research project that’s going to be getting information that’s going to be really interesting to us.”