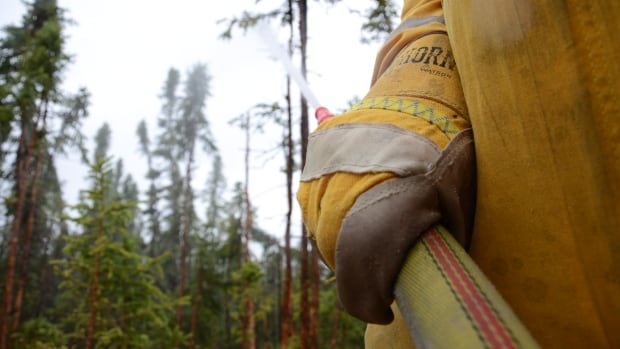 An unfair labour practice application brought on by the Saskatchewan Government and General Employees’ Union (SGEU) against the Government of Saskatchewan over the use of a fitness test — which was previously found to be potentially discriminatory — was dismissed late last month.

People are tested in their ability to complete a series of physical, strenuous tasks within a set minimal time, called a cut score.

After the union filed a grievance, an arbitrator found the WFX-Fit test cut score as it was previously set had “a potential discriminatory adverse impact on females and older males,” and was not a reasonable measure of their fitness to perform the job.

An appeal court upheld that finding, and in March 2019 the Supreme Court of Canada refused the Saskatchewan government’s request to appeal the ruling.

The Ministry of Environment previously told CBC that across Canada, SGEU was the only union to complain about the test. It noted the arbitrator had not criticized the test itself or its use — but that the cut score itself is arbitrary and could be discriminatory.

The government said it got opinions from experts who designed the test that the cut score could be validly lowered from 17 minutes and 15 seconds to 18 minutes and 10 seconds.

The labour board decision, published on Feb. 28, showed discussion about how to move ahead in the 2019 wildfire season took place shortly after the Supreme Court of Canada refused to hear the case. There, the government told SGEU representatives it intended to use the slower cut scores.

The Labour Relations Board decision showed SGEU asked the government to consider using an arduous test, which it had used until 2012.

The government stuck with the WFX-Fit test in 2019. SGEU took the government to task over its use of the test that year.

But a unanimous decision by the Saskatchewan Labour Relations Board vice-chair Gerald Tegart and board members Joan White and Maurice Werezak found an “enforceable agreement” was never reached by both parties..

The labour board decision said the WFX-Fit test was deemed to be valid in all respects, aside from the use of its original cut score due to its discriminatory impact on women and older men which the government had accounted for.

The board also found the government was not obligated to negotiate the general terms of the WFX-Fit test with the union.

Because the board determined no formal enforceable agreement was reached between the two parties, the labour board found three of the orders the union sought from the board were not available.

The union asked the labour board to order the government to comply with the previously-agreed upon arbitration award, but the board found the government had already met its obligations there and did not dispute the fact the WFX-Fit testing was discriminatory.

The union was also unable to prove the government had failed to comply with the arbitration award during the labour board hearing.

The labour board ruled there was no basis to prohibit the government from requiring wildland firefighters to complete the WFX-Fit testing, as no agreement was reached between SGEU and the province, and the tests’ use with the revised cut score was not shown to be in contravention with the previous arbitration award.

The union also asked for financial compensation in the form of damages but that was also dismissed as the board’s determination meant damages would not be available.

A request for comment from SGEU was not returned by deadline.