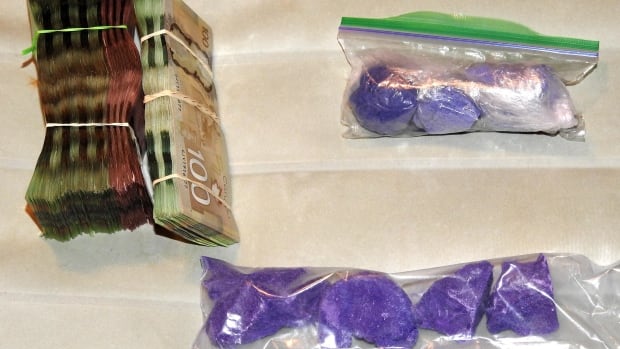 Two men were arrested after Thunder Bay police seized drugs with an estimated street value of over $170,000.

Thunder Bay police said the two suspects were arrested after a Tuesday evening traffic stop, where they were found to be in possession of suspected quantities of fentanyl and crack cocaine.

A search warrant was executed a few hours later at a residence in the city’s Westfort neighbourhood. Police said that resulted in the seizure of fentanyl, about $15,000 in cash and paraphernalia consistent with drug trafficking.

A 40-year-old Thunder Bay man faces multiple drug trafficking related charges, along with a 25-year-old from Toronto. Police said that individual was in violation of court-ordered conditions to not be in Thunder Bay, after previously being arrested as a result of a drug trafficking investigation in 2020.

Both appeared in bail court on Wednesday and were remanded in custody.

Also on Tuesday, Thunder Bay police arrested four people on drug trafficking related charges after initially receiving reports of a firearm at a residence on the city’s east end.

As a result of that investigation, police said 145 grams of crack cocaine were seized, along with 31 grams of fentanyl, and over $5,000 in cash.

A 19-year-old from Toronto and a 21-year-old from London, Ont. were arrested and face drug charges, as well as obstructing a peace officer and breach of recognizance. Two people from Thunder Bay — a 28-year-old and 39-year-old — were also arrested.

All four appeared in court on Wednesday and remain in custody.