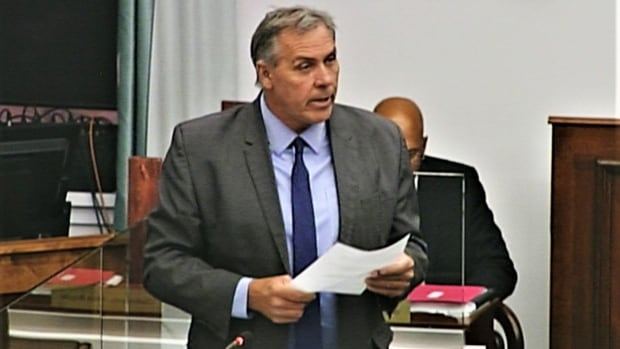 P.E.I. parents need answers now about plans to have children back in school in September, says Liberal MLA Robert Mitchell.

School buildings have been closed since the pandemic was declared in mid-March, but the province says the buildings will reopen in the fall.

Last week, the Department of Education released its back-to-school-plans to parents. It encourages parents to drive their own kids to school so that there aren’t as many students on school buses.

Some parents have expressed concern that the plan is still incomplete, and they have to start making plans of their own.

“It is now exactly eight weeks, eight short weeks until the first of September,” he said.

“Minister, why are you waiting until late August to give parents and students the kind of certainty that they need, today?”

Trivers said transportation will be included in school operational plans. Each school will have its own plan, and those plans are still being developed.

Those plans will include details on pickups, drop offs and busing.

“At this point, we’re just asking parents to consider if they could pick up and drop off their students instead of a bus,” said Trivers.

“We’re not saying that they have to do it by any means.”

Parents will be informed of the plans well before school begins in September, he said.