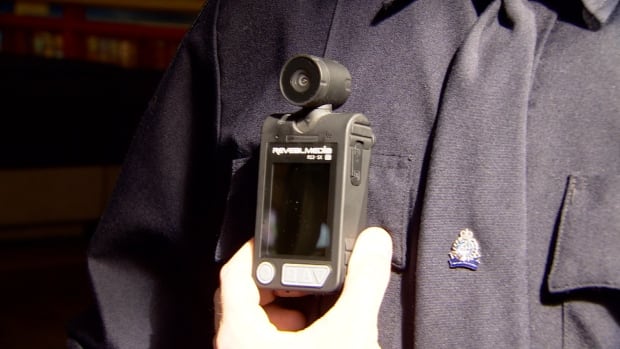 Police in Thunder Bay, Ont., are moving forward with the purchase of body-worn, and in-car cameras, but the exact timeline of the rollout of the devices is dependent on the COVID-19 pandemic.

The use of body-worn and in-car cameras was one of the recommendations in the Office of the Independent Police Review Director’s 2018 report Broken Trust, which was released following an investigation into claims of systemic racism in the Thunder Bay police service.

At a meeting of the Thunder Bay Police Services Board this week, police Supt. Dan Taddeo said the service is moving forward with the purchase of the cameras.

When exactly, officers will get them is still up in the air, however.

“I think we have to pre-amble everything regarding project scheduling with [COVID-19],” Taddeo said. “We’ll be dealing with a lot of expertise, presumably people from the United States.”

In addition, Taddeo told the board some other infrastructure needs to be in place prior to the cameras going into use, including the installation of a new digital evidence management platform.

“Right now, for example, when we disclose 911 recordings, when we disclose videos from interview rooms, for example, and we conduct lots of those, especially with major crime investigations, all of those are burned several times onto DVDs,” he said. “So, you’re talking time to burn, time to review, time to redact, time to disclose, and that’s not just one DVD. You’re talking to the Crown, to defence, etcetera.”

“A digital evidence management platform allows us to process all of this, upload it to the cloud, and with certain restrictions, the Crown attorney then has access and pulls it right off,” he said. “We anticipate that being successfully implemented within approximately one month’s time.”

Police will also be upgrading the video system in their interview rooms.

As these upgrades are happening, Taddeo said the cameras themselves are expected to start arriving, and police will be discussing the rollout of the cameras with the [Information and Privacy Commissioner of Ontario] to ensure privacy rules are being complied with.

“I would like to tell you that by the end of the first half, or end of the third-quarter of this year, that we will have significantly rolled out all aspects of our acquisition,” Taddeo said. “But so much is [COVID-19] dependant.”