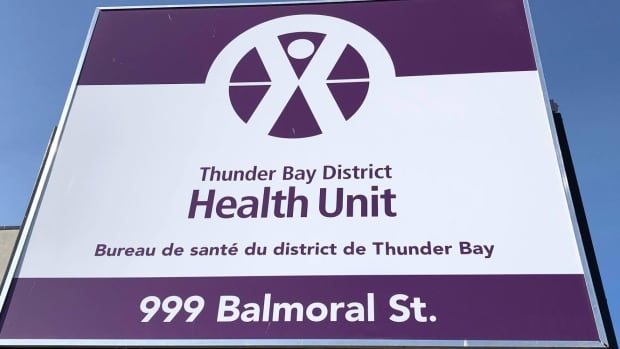 The medical officer of health for the Thunder Bay District is anticipating the area will be elevated into the orange level of the province’s pandemic response framework.

The Thunder Bay District Health Unit issued a brief statement on Thursday, which said Dr. Janet DeMille is expecting the provincial government to announce the decision on Friday.

The Thunder Bay District has had a total of 343 cases of COVID-19 during the pandemic, with over 65 per cent of those having been announced since the start of November.

From Nov. 27 through Thursday, there were 89 reported cases, including a single-day record of 33 on Nov. 29. Five of those seven days had double digit increases in new case announcements.

The move to the orange, or restrict, category would come two weeks after the Thunder Bay District was first moved from the lowest level into the yellow, or protect, zone.

The elevation into a higher risk category includes tighter public health measures, including restrictions of no more than four people per table for indoor dining, reduced hours for selling and serving alcohol, and no spectators other than parental supervision for sporting or recreational events.