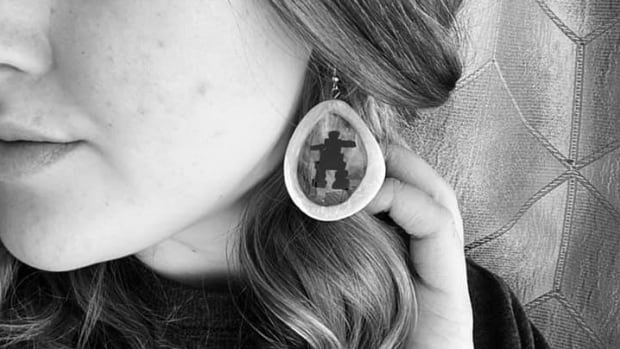 It’s not just the caribou meat Nunatsiavut beneficiaries are excited about.

The bone from the animal also has it uses.

Jacqueline Winters of Rigolet is making earrings out of it, and she’s looking to get her hands on more to keep her custom creations flowing. She describes the process as a labour of love.

In March, the Nunatsiavut government continued its community meat-sharing program, this time with 100 caribou and 25 muskox shipped from Rankin Inlet in Nunavut. The meat was distributed to Hopedale, Nain, Happy Valley-Goose Bay, Postville, Makkovik and Rigolet, and allowed Winters to obtain some bone.

Winters said she found her inspiration through her cousin, who is also an artist, but it wasn’t until a successful moose hunt that she found herself working with a new medium.

“I wanted to put the bones to use, so I decided to try to make some bone earrings,” she said.

“I find that where caribou is so rare, and so special now that we’re not allowed to hunt it, I feel jewlery made with caribou bone has much more value.”

And people are starting to pay attention.

Winters said she posted some of her earrings on Facebook and they have gathered a lot of interest so far.

While the process is difficult and rather “smelly,” Winters said she isn’t planning to slow down as long as her material supply holds out.

“I’ve got one decent sized bone here now from a friend, and few other people here in Rigolet said that when they’re done with their meals they’ll happily give me their bones,” she said.

“I think I’ll have enough to make a few pairs.”