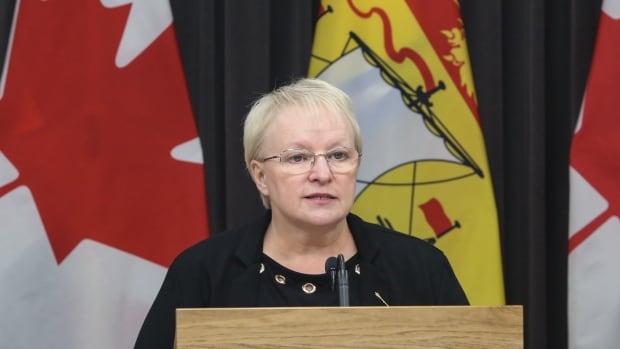 New Brunswick has had almost nine months of coping with the COVID-19 pandemic, and experts agree there are many months more of this marathon to run before we’re anywhere near a finish line.

But it’s been enough time to have seen our case numbers rise in a second wave, witnessed the bursting of the Atlantic bubble and to have learned a few things about what is  — and what isn’t  — working.

The clarity, transparency and consistency of the government’s messaging, a lightning rod for criticism from the start of the pandemic, came under special scrutiny.

Shephard acknowledged there have been hiccups, something she sees as inevitable in a rapidly evolving outbreak situation.

“I think that we have managed very well to date to keep our messages consistent,” Shephard said.

“Those have been the rallying cry from day one, and I believe the public really absorbed it and for most part are doing exactly that.”

But as situations evolve, she said, “things can happen very quickly, change happens very quickly, and that’s always where the community may get confused in keeping up with it. Not everybody checks the government website multiple times a day.”

As well, she said, even the most carefully thought-out messages can be received differently by different people.

“Many things are open to interpretation,” she said, “and I think there are many times that messages get shortsighted.”

But Melanson, Coon and Austin all said they think there is room for improvement in clarifying the government’s messaging and in being more transparent.

Detailing cases by zones ‘doesn’t tell me anything’

Daily updates about cases in zones are a prime example, Austin said.

“If I hear there are four new cases in the Fredericton region, that doesn’t tell me anything,” he said. “That could be in Woodstock, it could be Grand Lake, Fredericton, Plaster Rock or anywhere in between. It doesn’t change behaviours because it’s too broad.”

Austin said it would be better to keep it as specific as possible, being mindful of confidentiality.

“Tell people, Grand Lake has three cases … so people can say ‘Well, normally I go to the grocery store three times a week, now  I may minimize my exposure, go once a week.”

Melanson agreed, saying people “have a right to know” if there’s a case in their community. And in fact, he said, they probably already do know.

“New Brunswick is small, people know each other,” he said. “They’ll react in the way that they’re supposed to react, which will be to be to take even more precautions.”

Always be on guard, Shephard says

Shephard disagreed, saying she understands the need for more segregated numbers but that “everyone in our province has to act as if COVID is their next door neighbour, as if COVID is in their grocery store, in Walmart, at Costco. … I fully believe our best protection is to always be on our guard.”

But Coon dismissed this often-repeated Public Health message — “act as if everyone around you has COVID-19” — as unhelpful and even harmful.

“It’s impossible for human beings to live 24 hours a day, seven days a week in fight-or-flight response mode with the idea that coronavirus is all around us,” he said. “That is just mentally cruel. People can’t live that way.”

Mental health will become a massive issue this winter. I’m concerned we’re leaving people behind, and that needs to be addressed.– David Coon, Green Party leader

Coon thinks the government needs to ensure people are “very clear on what the rules are,” and this starts with giving them more information, not less.

He pointed to more open messaging in other provinces, where medical officers of health have used super spreader events as “a teachable moment to show what can happen” when rules are bent or broken.

Panellists did acknowledge the enormity of the pressures of coping with the pandemic and said many of its lessons would become more clear in time.

For now, they said, it’s important to acknowledge the strain on the mental health of residents heading into a difficult winter, and the tremendous efforts of Public Health and health-care workers across the province.

“People are increasingly emotionally tired and mentally spent,” Coon said. “Mental health will become a massive issue this winter. I’m concerned we’re leaving people behind, and that needs to be addressed.”

Shephard expanded that concern to the chief medical officer of health, Dr. Jennifer Russell, and to health-care workers, saying she worries about all of them and “tries to support them, every single day.”

“We have to keep in mind that for all of them, this is a stressful time,” Shephard said. “They’re all giving a tremendous amount of themselves to their work every day. And we have to never forget that what they’re doing is invaluable.”