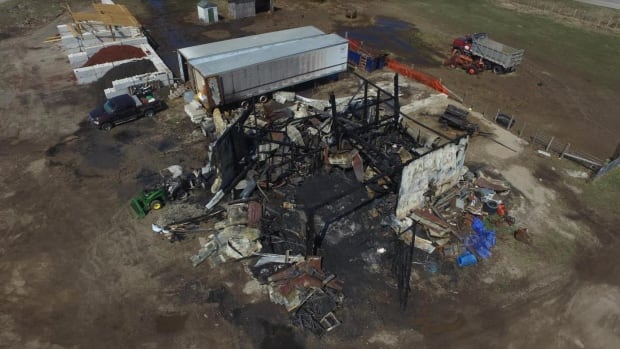 Saugeen Shores Police Service is launching an arson investigation after a fire destroyed a building at Carlisle Street and County Road 3, near Southampton. Emergency crews were called to the rural location at 1:38 in the morning on Wednesday.

The investigation comes less than two weeks after another fire at the same rural address destroyed a trailer on March 24th.

“Investigators are working on drawing a link between the two fires and are requesting the public’s assistance in providing information that will aid the investigation,” said police in a news release.

Firefighters were able to contain Wednesday’s fire to a large outbuilding but the structure was destroyed, said police.

Investigators from Criminal Investigations and Drugs are asking anyone with information about the two suspected arson incidents to call police or CrimeStoppers.