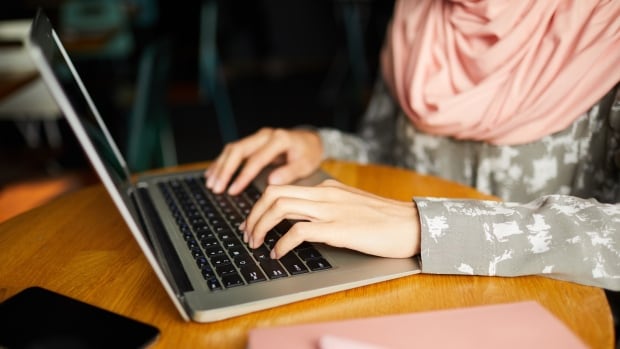 It’s been two weeks since school started and some high-school students still don’t have the technology they need to learn on the days they’re asked to stay home.

As part of the COVID-19 back-to-school plan, high school students in most areas attend class physically every other day. The other days they’re supposed to learn at home, remotely.

The province rolled out a specification sheet for the technology they need to make this happen, including a laptop or tablet with specific capabilities. The parents who can’t afford this were told to call the province and apply for assistance. Some of those students received their laptops last week, some this week.

But Anglophone South Superintendent Zoë Watson said six of the 14 high schools in her region still have students waiting for technology as of Friday afternoon.

“We’re going to be the month of September working through that,” she said. “This has never happened in our province before. So it will take some time.”

She said not all of these students are waiting on the province. Some of them are waiting for the technology to be delivered from other distributors.

She said those students are being sent home with homework from teachers. Some are using their phones or have another way to connect to the internet.

“But the the province did outline that it would be a laptop or a tablet, and there were certain specifications that needed to be matched,” Watson said. “So teachers are adjusting until everybody does get their laptop.”

Minister of Education Dominic Cardy cancelled a planned interview Friday about lessons learned from the last two weeks. He did not provide an explanation.

It feels like she’s getting half as much education as she did other years.– Allison Butcher, mother.

Allison Butcher’s 15-year-old daughter does have the technology, but because not everyone is equipped, her class is stalled.

She said her daughter is still trying to regulate her sleep schedule and get into a routine.

“She’s still struggling with just a lack of continuity, and she’s a pretty laid back kid,” she said.

Butcher said not all of her daughter’s classmates have their technology ready, so it’s difficult for teachers to make a standardized learning plan.

But she said the alternative would be to leave the kids without laptops behind, which is not what she wants for her community.

“You can’t very well, you know, prescribe a whole bunch of work to be done when a large part of your student population doesn’t have access to the technology yet,” she said. “Really right now, it feels like she’s getting half as much education as she did other years.”

Butcher hopes when everyone gets their technology in order, her daughter will get more out of the remote learning days.

Fredericton’s Mohammad Bakhash said his eight-year-old daughter remembered her mask on her own this week. To him, this was a sign she’s getting used to the new routine: Pack your lunch box, grab your books, put on your mask and use your hand sanitizer.

“It’s going well, but it’s not normal again,” he said.

Butcher said her middle-school child has gotten used to the routine more quickly.

“My 12 year old is starting to feel some continuity and things are beginning to feel normal for her,” she said.

Watson said things are going as smoothly as possible given the circumstances. She said students are wearing masks diligently, but the district is concerned about whether they keep up the habit when they leave campus for lunch.

She said supplies have been available, including disinfectants and masks for students who forget to bring one.

In response to an interview request, Anglophone West Superintendent David McTimoney sent an emailed statement. He said he’s pleased with the way the school year has started, but the biggest challenges have been with transportation and technology for high-school students.

“The bumps are being sorted out and we are really pleased to be interacting with students on a personal level again,” he said.

It seems every week some new things come up and we have to work through those and remain calm.– Zoë Watson, superintendent.

Meredith Caissie, spokesperson for Anglophone North, also sent a statement as a response for an interview. She said the district has only had one week of school, and taking a “soft launch approach.” She said things are going well so far.

“I’m sure we will have more observations to share by the end of the month,” she wrote.

Transportation has been a problem with traffic jams resulting from more parents driving their kids instead of sending them on the school bus. Bus routes have also been changed to ensure physical distancing is maintained on buses.

In an emailed statement, Department of Education spokesperson Tara Chislette said the province is aware of the transportation difficulties and are working with the districts to resolve the traffic issues, but did not say how.

Watson said there is a lot to deal with in working through all the problems in the system as students get used to the new way school is conducted.

“It seems every week some new things come up and we have to work through those and remain calm,” she said.

“We certainly thank parents for their patience as we work through it because we know it’s been a very different school start up for our families as well.”