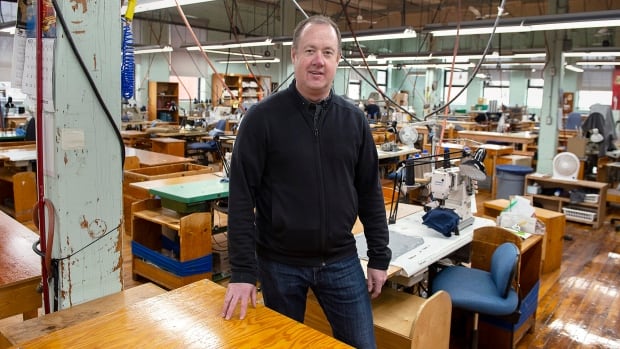 Jon Stanfield has about 300,000 medical gowns to help in the battle against COVID-19, but they’re sitting unused in his Nova Scotia factory after the federal government decided to stop buying personal protective equipment from his company.

Last spring, Stanfield’s Ltd. of Truro quickly retrained its staff and retooled its factory at the start of the pandemic and pumped out PPE for front-line workers. That $27.9-million contract ended in October and Stanfield bid for a second contract.

“The message from government was that they’re going to invest in domestic capacity to make PPE across the country,” Stanfield told CBC News on Tuesday.

The company paid its PPE workers $1.8 million to keep them employed from October to last week. They produced a few hundred thousand isolation gowns, which are used to protect against the transfer of microorganisms and body fluids.

The company thought since Ottawa said it wanted to build domestic capacity for manufacturing PPE, it would give some of 2021’s work to Stanfield’s, as well.

“We’re probably the oldest manufacturer of apparel in the country, we have 300,000 square feet, we have training, we bought equipment, we retooled the factory to participate in round two,” said Stanfield.

“I thought we’d have a level of it. I didn’t think it would be zero.”

But the government accepted different bids, leaving Stanfield’s out in the cold. The company laid off 150 workers last week. It still employs about 225 people in its regular clothing business.

“This is just disappointing because I think our people — who put a lot of blood, sweat and tears into round one — also thought that we would have a level of work. Because this is what we do.”

‘We are no longer facing a PPE shortage’

Stanfield disputed a Feb. 26 Facebook post by Liberal MP Lenore Zann, who said her government “invested $27.9 million into the initiative in order to enable Stanfield’s to switch their factory from making underwear to creating disposable gowns for front-line workers.”

“They invested zero dollars,” said Stanfield. “We negotiated a contract to make gowns for the federal government.”

Money from the contract went into training and paying workers as well as buying equipment, fabrics and other items to start making PPE. Stanfield said his company did apply for funding to retool the factory, but was rejected.

Zann, whose riding of Cumberland-Colchester includes Truro, said Tuesday that she’d spoken to the Public Service Alliance of Canada and the trade union confirmed what Stanfield said: the government did not pay his, or any other company, to retool to produce PPE.

“Since the very beginning of the pandemic, Canadian businesses across the country have come forward to offer their services and pitch in to provide life-saving equipment … at a time of great need,” Zann told CBC News. “Because of their efforts, we are no longer facing a PPE shortage.”

Zann said the government is now taking the time to use competitive bids “while continuing to focus on Canadian-made supplies.”

She said all nine contracts went to Canadian manufacturers.

Stanfield said even part of an order — say for one or two million gowns — would have been enough to keep people working. Now, he’s talking to provincial health-care providers to see if they want to work with his company to ensure a domestic supply of PPE.

He said if Canada wants to have a domestic capability to make PPE, it should look to companies like his, which has made apparel for 150 years and will continue making it deep into the future.

“So Canada wouldn’t get into the position that we were in last spring,” he said. “Because it’s not a matter of if, but probably when, it occurs again.”