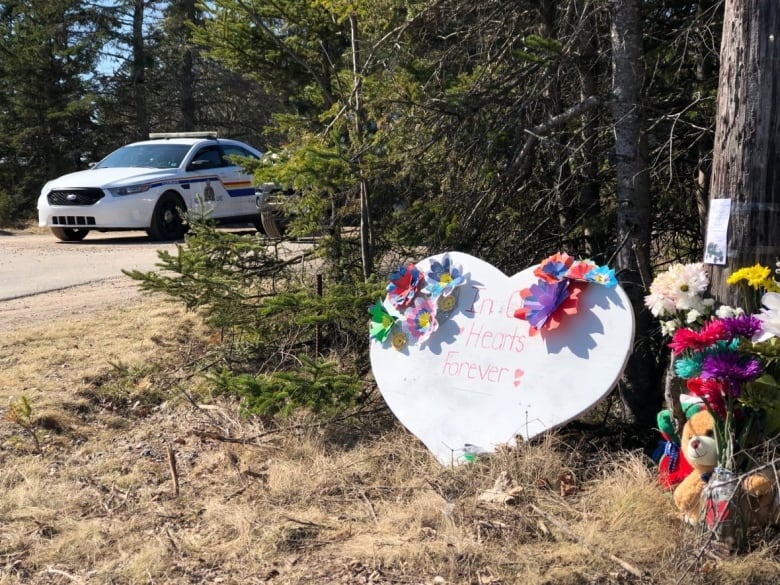 Investigators are trying to piece together how Gabriel Wortman was able to obtain the handgun and long guns he used last weekend in a deadly rampage through rural Nova Scotia, including how some made it across the Canada-U.S. border.

Police have traced one of Wortman’s weapons back to Canada, but believe the others may have been obtained in the United States, the RCMP revealed on Friday.

“In terms of the origins of the weapons, who may have provided those weapons, how he obtained them, that’s all subject to the ongoing investigation right now,” RCMP Supt. Darren Campbell told reporters.

Some witnesses interviewed by police have told investigators about “a significant number of weapons” owned by Wortman. But verifying that information has been tricky, Campbell suggested.

He said Wortman’s residence in Portapique, N.S., where the 13-hour shooting rampage began Saturday night, has been “completely burned to the ground.”

“So our ability to recover certain evidence is limited,” he said.

For the first time on Friday, police described a complex timeline of events that began in Portapique when Wortman assaulted his girlfriend.

She survived after hiding in the woods overnight, and shared key details with police on Sunday morning.

“This included the fact that he was in possession of a fully-marked and equipped replica RCMP vehicle and was wearing a police uniform,” Campbell said.

“We also learned that he was in possession of several firearms that included pistols and long-barrelled weapons.”

The rampage ended later that morning at an Irving Big Stop gas station in Enfield, north of Halifax, where officers shot and killed Wortman.

In the fourth part of his statement Friday, Supt. Darren Campbell tells of the RCMP’s dramatic encounters with the suspected gunman. 4:59

By the end, 22 people had lost their lives, including RCMP Const. Heidi Stevenson, a family of three, health-care workers, an elementary school teacher and two Correctional Service Canada employees.

In the days since, police have investigated 16 different crime scenes, and tried to piece together the puzzle of how Wortman was able to get his hands on the weapons he used, among many other questions.

Police have previously said they have a “fairly good idea” that Wortman didn’t have a firearms licence in Canada.

Yet, he was able to get multiple firearms.

“We do know through witness information that the suspect did use a handgun,” Campbell said. “The shooter also used long guns.”

It’s unclear how many of Wortman’s victims died from gunshot wounds and how many died in several homes that were engulfed in flames. Asked whether explosives were used to ignite those fires, Campbell said the fires could not be put out quickly.

“These were structure fires that completely burned to the ground with an intense amount of heat,” he said.

But the Liberal government has yet to enact amendments to the Firearms Act that were passed by Parliament last year, CBC News reported.

At Hunt Indoor Gun Range in Truro, which is about 40 kilometres east of Portapique, co-owner Gordon Hunt checked his records on Monday morning. He believes Wortman has never been a member or shot at the gun range.

He, too, wonders how Wortman could have gotten the firearms, especially a handgun, which is restricted in Canada. The other question on his mind is how the gunman was able to buy ammunition.

“In Canada, you’re not allowed to even purchase ammunition unless you have a possession and acquisition card,” Hunt said.

It’s also unclear where and how Wortman learned to fire the weapons. Shooting a handgun would come with a steep learning curve, according to Hunt.

“He could have had the restricted firearm there and practised in his home. How to operate the firearm, you could do that by watching YouTube or he may have went somewhere secluded and used it,” Hunt said.

If you are seeking mental health support during this time, here are resources available to Nova Scotians.