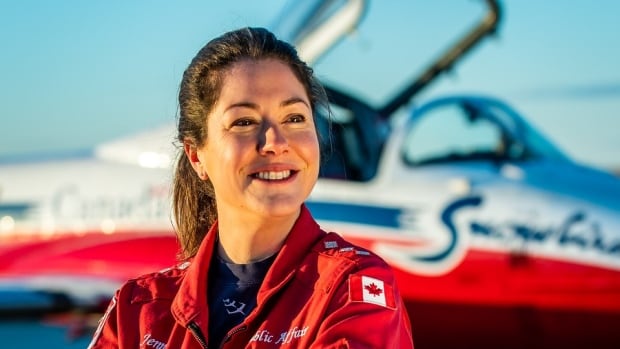 The Snowbirds will be allowed to fly again after being grounded for three months following a crash in Kamloops, B.C., that killed Capt. Jennifer Casey.

The Royal Canadian Air Force says the jets will be leaving Kamloops for their home base in Moose Jaw, Sask., over the next two weeks, resuming flying with some restrictions.

The remainder of the Snowbirds’ 2020 air demonstration season has been cancelled.

Casey, the public affairs officer for the iconic aerobatics team, was a passenger in one of the Snowbirds’ CT-114 Tutor jets when it crashed and burst into flames in the front yard of a Kamloops house shortly after takeoff on May 17.

Capt. Richard MacDougall, the jet’s pilot, managed to eject before impact and ended up in hospital with serious injuries.

While a preliminary investigation suggested a bird strike was responsible, it also raised concerns about the fleet’s ejection system.

The system was also flagged in another investigation into a Snowbird crash in the U.S. state of Georgia last year, which was caused by a problem with the engine.

A spokesman for the RCAF said the investigation into the Kamloops crash was ongoing and that the pilots were going through a type of refresher course before retrieving the jets.

“Because the operational pause was in effect for so long, the pilots haven’t flown since May. So they have to get back in the aircraft and do some flying to get their currencies back up,” said David Lavalle.

“Then they’re going to go out to Kamloops to bring the aircraft there back home to Moose Jaw. And from there, they’re going to focus on getting back to full operations and training for next season.”

The Snowbirds had been on a cross-country tour to raise people’s spirits during the COVID-19 pandemic when Casey was killed.