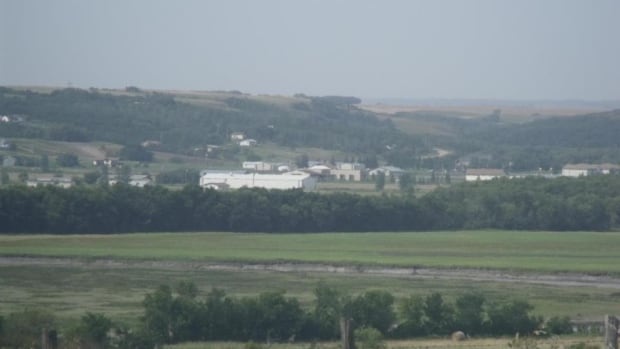 A First Nation in southwestern Manitoba is declaring a state of emergency, after four of its community members have died by suicide in recent weeks.

In a public letter written to Indigenous Services Canada, the Sioux Valley Dakota Nation is asking for immediate assistance and money for more mental health resources.

Jennifer Bone, the nation’s chief, said since last Saturday, three community members have taken their own lives. Prior to that, another person did the same — bringing the total number of deaths by suicide in the First Nation to four in the span of a month.

The First Nation, 240 kilometres west of Winnipeg, has a population of approximately 2,600, with about 1,600 people living on-reserve, Bone said.

“We’re grieving as a community. We feel the loss and and the grief within the community because it impacts everybody.”

She said the deaths spread across a range of demographics. Two involved young mothers. The other two were a man in his 20s and a man in his 40s.

It also calls on the federal government to provide additional support for the volunteer crisis team.

“We want to see some support for our front-line staff that have been dealing with these suicides, the ones who are first on scene, who respond immediately from the community,” Bone said.

Currently, there is only one mental health worker for the entire community.

After contacting the regional office of Indigenous Services Canada, Bone was able to get another mental health worker in the community last week. She said another worker from Manitoba Keewatinowi Okimakanak’s crisis response team will be deployed on Tuesday — but these solutions are only temporary.

“We want something that’s long-term, sustainable here within the community. Right now, the help being directed to us isn’t long-term,” Bone said.

Sioux Valley Dakota Nation is also asking Indigenous Services Canada and Crown-Indigenous Relations and Northern Affairs Canada for a plan that includes long-term solutions for the community. In the letter, it asked for a healing lodge that can address the ongoing impacts of colonization.

CBC contacted both Indigenous Services and Indigenous Relations and Northern Affairs for comment and did not receive a response by deadline.

If you’re experiencing suicidal thoughts or having a mental health crisis, there is help out there. Contact the Manitoba Suicide Prevention and Support Line toll-free at 1-877-435-7170 (1-877-HELP170) or the Kids Help Phone at 1-800-668-6868. You can also text CONNECT to 686868 and get immediate support from a crisis responder through the Crisis Text Line, powered by Kids Help Phone.