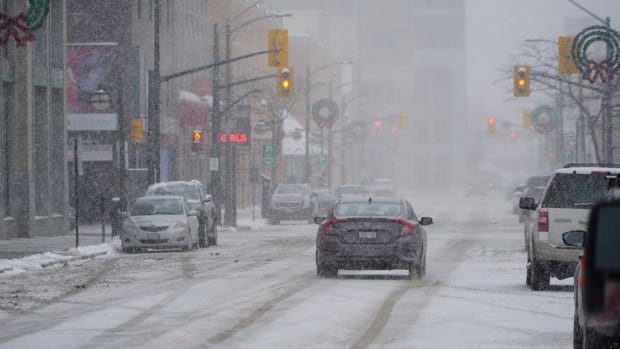 Despite the sunny weekend, Environment Canada says a “significant winter storm” is expected to move into the London region on Monday.

In a special weather statement issued to London, Parkhill, Strathroy, Komoka as well as Eastern and Western Middlesex County, the weather agency said a low pressure system is expected to bring rain, snow and strong winds across southern Ontario.

The agency added that strong winds gusting near 70 km/h are also possible Monday night and Tuesday near Lake Huron.

“Difficult travel conditions are expected as snow covered and icy roads are possible, particularly Monday night into Tuesday. Several transitions between rain and snow are possible throughout this event.”

The storm is set to move away from the region on Wednesday.