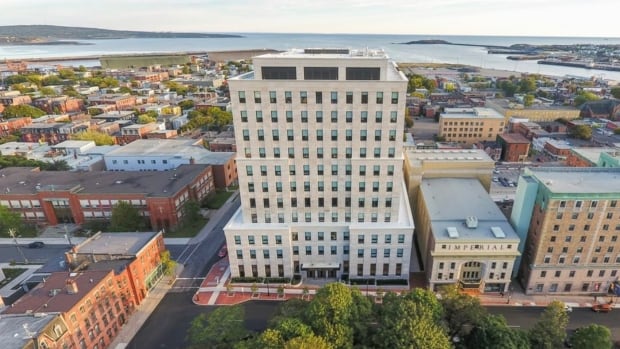 Service New Brunswick’s decision to value Irving Oil’s new headquarters building for property taxes as being worth at least $30 million less than it cost to build, is a mystery in Saint John made deeper by other buildings the agency has recently valued at or near their full construction cost.

But one expert says it’s not unusual for assessors to put a low value on a private development to avoid triggering a fight with a major landowner.

“Assessors are notoriously understaffed and have an inability to really tackle things aggressively when you’ve got a major player,” said Derek Holloway, a former assessment auditor in British Columbia, who writes on assessment issues.

“A lot of times they don’t even have the expertise on staff to do it. They may be under assessing and then nobody appeals.”

The 317,000 square foot structure had an $88 million budget, according to builder EllisDon. However, the building has been assessed by Service New Brunswick to be worth just 65 per cent of that amount, which is $56.8 million for property tax purposes.

Every $1 million in assessment on a commercial property in Saint John’s business district is worth almost $50,000 in provincial and municipal property tax revenue.

Some Saint John city councillors, including David Hickey and Donna Reardon, have expressed concern about how the building has been evaluated.

Service New Brunswick will not disclose how it arrived at the lower value, but has said it used a “cost approach” to settle on a final estimate.

That approach generally works by tallying up the cost of constructing an identical new building with identical materials and then adds in the value of the land the building sits on to establish its worth.  It’s a process Service New Brunswick calls “replacement cost new.” From there, any depreciation that might’ve occurred to the building is subtracted to establish its value.

According to Holloway, there is normally not much depreciation in a brand new building, particularly $30 million worth, but it’s not impossible.

“Nobody is going to build an economically obsolete building like a big white elephant,” Holloway said. “That happens quite rarely.

“Typically the cost for a brand new building should somehow align with market value but [an] $88 million office building in a small jurisdiction, the assessor may be saying, ‘Well jeez you know if Irving Oil moves out, who’s going to lease that space?'”

Lisa Dionne, executive director of assessment for Service New Brunswick, said her office doesn’t believe the building is worth $88 million, whether it cost that much to build or not.

“Eighty-eight million dollars is what the owner of the property put forward as being their building cost. It can include so many other things. We’re trying to get to the market value of this property,” said Dionne.

“It goes out on the market tomorrow morning. It’s being sold. How much would it sell for on the open market?”

But in other cases, Service New Brunswick has assessed large new buildings at or near their cost of construction.

The new $20.3 million Seaside Elementary School in Saint John and $24 million Ecole Champlain in Moncton both opened in 2017 and are assessed for taxes by Service New Brunswick for close to those full amounts at $22.0 million and $23.3 million respectively.

But those are public developments where government is paying the tax bill.

Holloway said in his experience it is not uncommon for assessors to begin “giving away value” to avoid a fight with a well financed and influential private property owner that is likely to be unhappy with a high assessment.

Service New Brunswick and its predecessors have had a history of bruising clashes with Irving Oil over property tax assessments, which have landed all the way to the Supreme Court of Canada.

Matthew Johnson is Service New Brunswick’s director of valuation.  He said public and private buildings are not comparable and insists the $56.8 million assessment of the new $88 million Irving Oil building involved no trade-offs or comprises to keep the company from appealing.

“We are legislated to assess all properties at their real and true market value as of Jan. 1,” said Johnson.

“That’s our mandate. We have to follow that legislation.”