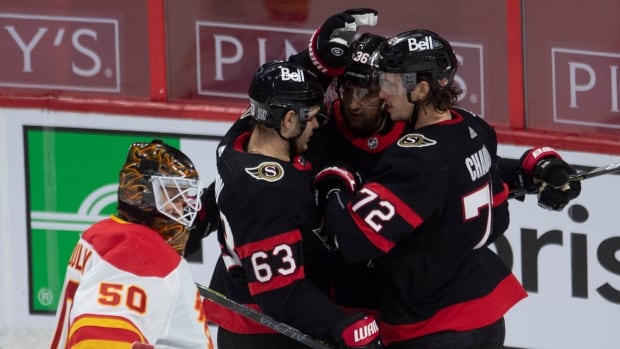 Colin White had two goals as the Ottawa Senators earned a 6-1 win over the Calgary Flames on Thursday night.

Milan Lucic replied for Calgary, which was playing for the third time in four nights. Still, the Flames came in having won three of the previous four meetings with Ottawa.

WATCH | Rittich yanked as Sens pour it on Flames in series opener: 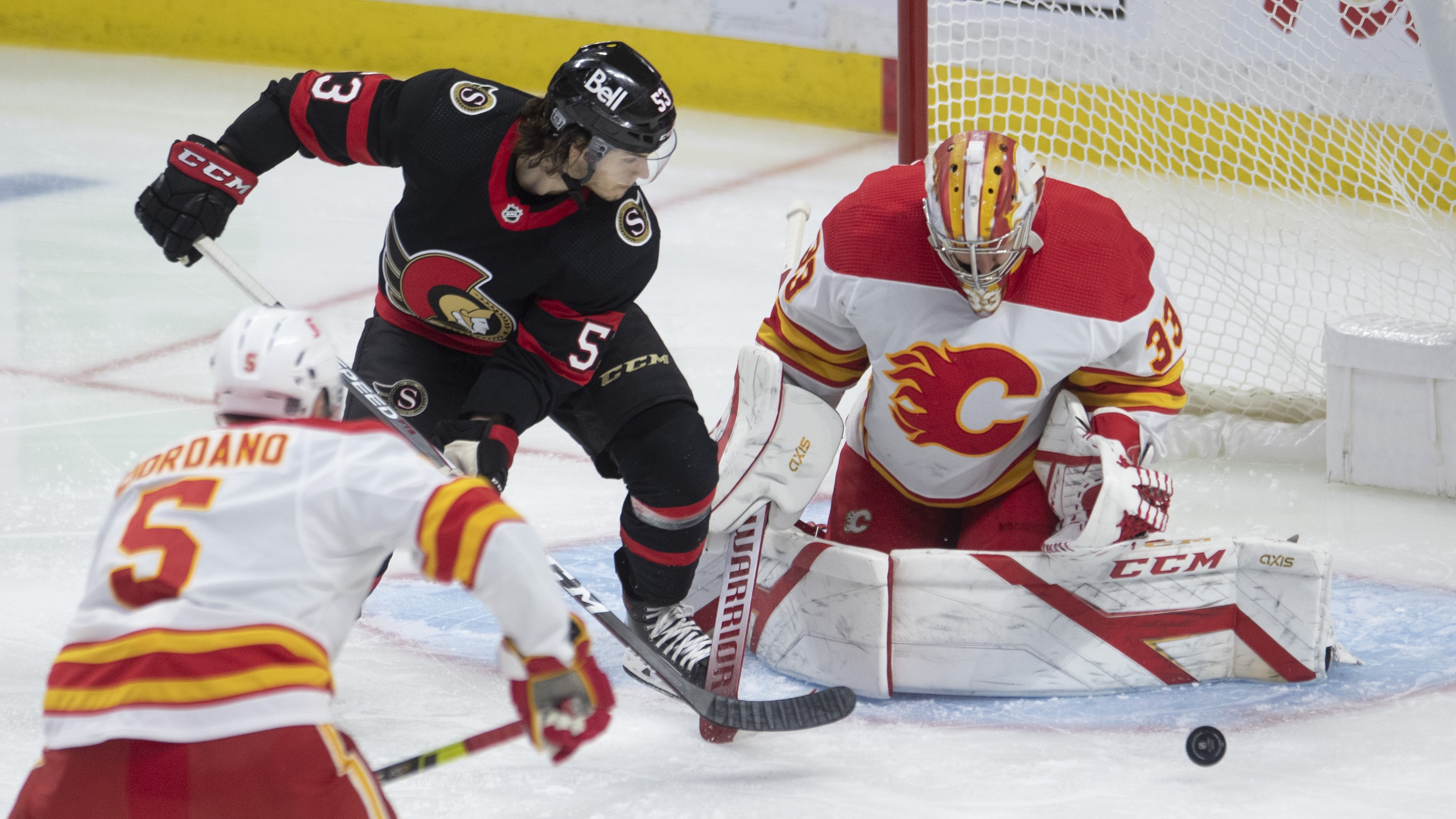 It was the first of three straight games between the two teams in Ottawa. They meet again Saturday afternoon before finishing up Monday night.

Batherson opened the scoring at 7:45 of the first. David Rittich made the save on Tim Stutzle’s shot but Batherson fired the rebound past the Flames goaltender for his sixth of the season.

Lucic pulled Calgary to within 2-1 with his fifth 1:41 into the second. But Brown restored Ottawa’s two-goal lead at 4:39, intercepting a pass deep in the Flames zone and beating Rittich on the backhand unassisted for his fifth.

Brannstrom put Ottawa up 4-1 at 7:24. He blasted a rolling puck from outside the blue-line past Rittich, his second of the year and second in as many games. Shortly afterwards, Calgary made the goaltending change as Artyom Zagidulin got into his first NHL game replacing Rittich, who allowed four goals on 20 shots.