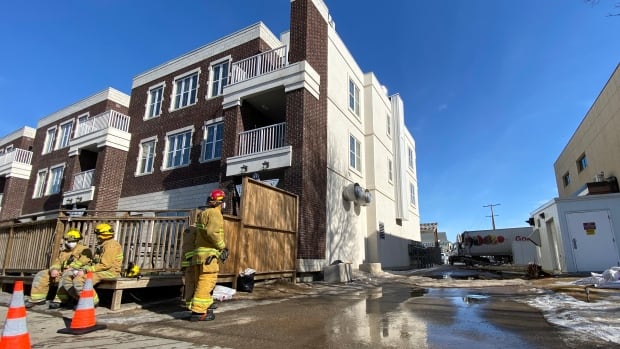 A semi-truck hit power lines in an alley in Regina, resulting in the lines, a power pole and a transformer being downed late Wednesday morning.

Police say they were called at 11:57 a.m. CST to the 2500 block of Broad Street to assist the Regina Fire Department.

Regina Fire Department Deputy Chief Neil Sundeen said there was a minor fire in the downed transformer, but it was quickly put out.

Sundeen said there were no injures in this incident.

“Power lines are always a hazard, but our crews are trained,” he said. “It just is an inconvenience to the people in the area.”

SaskPower spokesperson Scott McGregor said this doesn’t happen often, but when it does the Crown corporation takes it seriously. He said at about 2:50 p.m. CST that power was restored to most buildings and the Canadian Blood Bank nearby had been given a generator.

He said the lines are still down but not energized, so there is no danger to the public. SaskPower expects power to be fully restored and cleanup to be finished by around 8:00 p.m. CST.