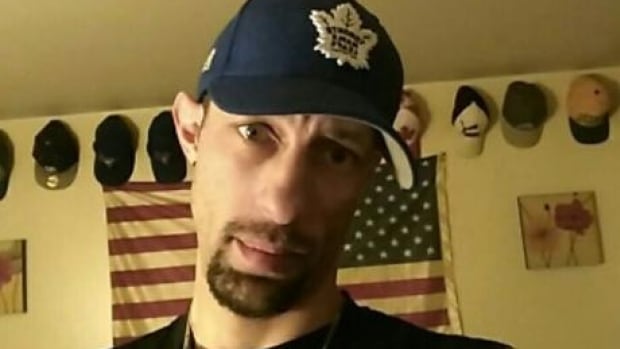 The second-degree murder trial against Justin David Breau is now in the hands of the jury.

After getting legal instructions from Mr. Justice Thomas Christie in the morning, the 11-member jury took control of the case just before 12:30 p.m. Thursday.

Breau, 37, is charged with second-degree murder in the death of Mark Shatford, 42.

While Breau admits to shooting Shatford on Nov. 17, 2019, he said he did so in self-defence after a drug deal went awry.

During eight days of testimony, the jury heard from 22 witnesses, including the accused, who was the only witness called by the defence.

Jurors heard there were five people inside the apartment when the incident occurred — Shatford, his fiancée Melissa Daley, three of Daley’s four children, and the boyfriend of Daley’s then-17-year-old daughter.

Daley and the three teenagers testified that they were all in bed when three masked men entered the apartment.

Daley, 38, told the jury that as Shatford wrestled with one of the men, she pulled down his mask and recognized him as Breau, someone she’s known since childhood.

She told the court that Shatford grabbed a large wrench on the way out. The two men continued to wrestle as they went down the stairs.

Daley testified that as she and Shatford stopped short of the vehicle, Breau went to the driver’s side and grabbed a shotgun from the vehicle and fired it at Shatford, who stumbled back and fell to the ground.

Under cross-examination, the jury heard about a drug deal that was being set up between Breau and someone using Daley’s Facebook account.

Daley said the messages must have been sent by Shatford. She insisted they weren’t from her.

When Breau took the stand, he said he and Daley had been corresponding through Messenger for more than a year and he never believed any of the messages had been from Shatford.

Breau testified that he was at a “crack shack” on Peters Street when the message arrived.

Breau said the drug house had run out of product, and he and several others had been waiting for replenishments to arrive.

Breau said he texted back asking if they had any “raw” —  slang for pure cocaine.

According to a printout of the exchange that was entered as evidence, Daley responded by saying she only had “cut,” which Breau described as a weaker form of cocaine.

The two texted back and forth and eventually settled on two grams of “cut” in exchange for 15 zopiclone pills and $70 cash.

Breau said he was on his way and Daley said the door was open.

Breau said he arrived at 4:20 a.m., made his way through the apartment as usual and knocked on the door of the master bedroom.

Breau said he heard the chain lock being slid across and when the door opened, Shatford was standing there with Daley a few feet behind him.

He said Shatford grabbed his $100 bill, reminded him of the money owed and said Breau wasn’t going to get anything that night.

Breau testified that when he tried to grab the money back, Shatford hit him in the head with a long, shiny metal object.

He said he fled the apartment with Shatford in pursuit.

When he got to the vehicle he had borrowed from a friend, he reached into the backseat and grabbed a shotgun that he said he hadn’t known was there until he opened the door.

Emergency personnel responded to a 911 call made at 4:25 a.m., and found Shatford lying in the street, bleeding from numerous pellet holes in his abdomen. Despite several surgeries, Shatford died on Dec. 18.

Under cross-examination, Crown prosecutor Joanne Park portrayed the incident as a “drug rip-off.” She suggested that Breau and his two buddies made a fake deal, then tried to rob Shatford, and he was just trying to get him out of his house.

Breau denied knowing what a “drug rip-off” is and said Park was trying to put words in his mouth.

Originally, 14 jurors were selected, but one was dismissed on the first day of the trial. Two more were dismissed on Wednesday in the middle of final instructions from the judge. The law says a minimum of 10 and maximum of 12 jurors can deliberate a case.