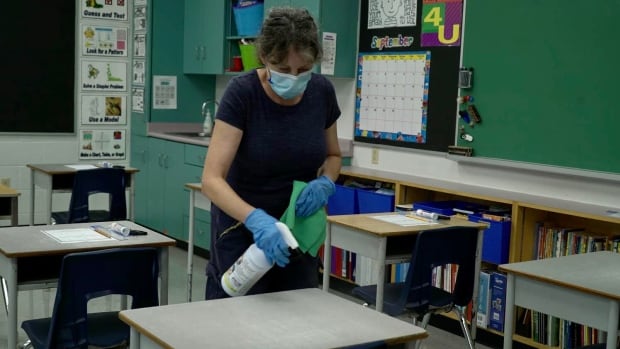 Three schools in the London region have reported COVID-19 cases.

On Saturday, the London District Catholic School Board (LDCSB) said a new case was identified at St. Marguerite d’Youville Catholic Elementary School as well as at John Paul II Catholic Secondary School, both in London.

That day officials with the Thames Valley District School Board (TVDSB) also confirmed a case at Springbank Public School in Woodstock.

As is practise, neither of the boards revealed whether the cases involve students or staff members. That information will become available on the province’s database in the coming days.

All three schools will remain open and buses will continue to operate regularly.

Both the Middlesex-London Health Unit, as well as Southwestern Public Health, are in the process of identifying close contacts of the cases and will be asking them to stay home and quarantine for 14 days, separate statements from the boards said.

Public health will only be contacting close contacts. Those who are not contacted are not considered to be at risk.

There are currently seven active cases across schools operated by the LDCSB and six involving TVDSB.