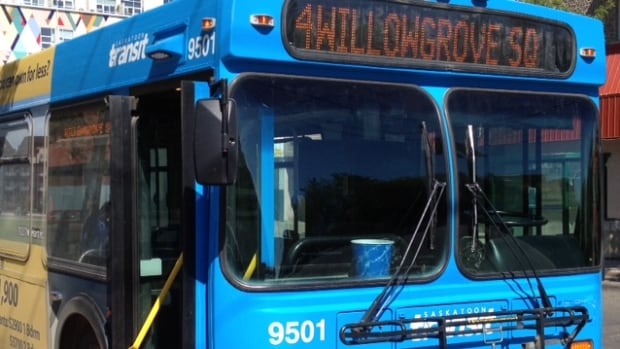 Saskatoon city council has agreed to spend $500,000 to install safety barriers in some city buses.

At its monthly meeting on Monday, council voted in favour of installing safety shields in 24 buses as a phased-in approach to protecting Saskatoon Transit drivers.

Bus drivers have been complaining for years that their jobs are increasingly unsafe. According to a report, there have been 28 assaults on transit drivers since 2017.

“This is not fixing potholes or sidewalks,” said Councillor Bev Dubois, who made the motion.

“This is the health and welfare and safety of our bus drivers, and I feel very strongly about it.”

Darcy Pederson, president of the Amalgamated Transit Union Local 815, told council his members are continually put in harm’s way and something needs to be done.

“Driver assaults are on the rise in the transit industry across North America, and that includes Saskatoon,” he said.

“Barriers are nothing new in the transit industry, and for most cities are standard safety equipment.”

Pederson said the permanent barriers would also be better protection against COVID-19. While the city has brought in temporary vinyl barriers during the pandemic, they are not popular among bus drivers.

“It is important to note that we have had 1,100 occupational health and safety workplace concerns on the vinyl barriers,” he said.

“The complaints surround glare issues, not being able to see clearly out of the right-side mirror and door, as well as passengers physically pushing the barrier aside to talk to the operator.”

“If we looked at any other department and were told that we had 28 assaults in the past couple of years, we would be taking action to make sure, whether it was parks or leisure centres or golf courses or whatever, that just didn’t happen anymore,” he said.

The city estimates outfitting its entire fleet of buses with permanent safety barriers would cost anywhere from $980,000 to $2.8 million dollars.

After the barriers are installed, council will review Saskatoon Transit’s findings and create a funding strategy before the 2022 budget deliberations.