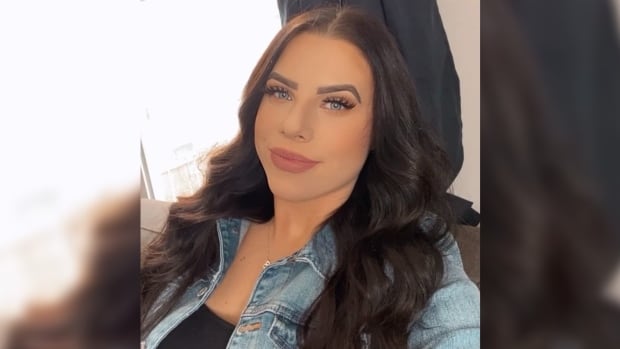 Alexis Kolody has noticed that fear and nervousness no longer take over her voice when she talks about surviving sexual violence.

“I can hear a different voice. I hear the strength of my voice,” she said. “Back then, you wouldn’t be able to say his name. Like the day would be over and I’m crying the night away. Now I’m able to confidently talk about it and I’m OK talking about it.”

The change is one of the many Kolody feels after spending the last few years focused on healing.

Awet Mehari sexually assaulted Kolody while she was sleeping in 2017. He was 27 and she was 19 at the time. Mehari was found guilty in 2019, but successfully appealed the conviction. However, the Supreme Court ended up tossing out that appeal earlier this year and his other grounds for appeal were later deemed unsuccessful.

He surrendered himself back into custody this week.

“When I got a call from the police letting me know that he turned himself in, that’s when it actually sunk in and actually felt real,” Kolody said.

Kolody went public about being sexually assaulted early on during the court proceedings. She applied to have the publication ban on her name lifted so she could speak freely.

She said dozens of men and women flooded her with messages of support after she went public. Kolody was both heartened and overwhelmed as she tried to maintain a balance between managing the influx of messages and coping with the trauma of the assault.

People were also confiding to her about their own trauma, something she said was both uplifting and difficult.

“I respect and appreciate them so much to even share that with me, then all of a sudden I’m crying for them and I’m crying for me, for us and what we have to go through,” she said. “It was a big responsibility, but I wouldn’t turn back.”

‘All I did was tell the truth’

Kolody said it’s important to keep pushing conversations about sexual violence and the complications of healing from it into the public dialogue. Some people have called her efforts brave, but she doesn’t see it that way.

Kolody said healing from a sexual assault is more complicated than what is often portrayed in short media stories. She still remembers the painful events that followed the assault: the rape kit at the hospital, the police statement, the court testimony and then the waiting.

She also lost friends. Some seemed afraid to talk about sexual violence, whereas others supported Mehari. She was devastated when, after she confided in her best friend about the assault, he texted her mom ”’are you sure she didn’t wake up and want it?'”

Kolody said she’s grateful to her mom, dad and stepfather for their unwavering support.

“I went through a lot of hurt more than just the physical sexual assault.”

Not acknowledging it and not healing from it, whatever that healing looks like to you, will only damage you more.– Alexis Kolody

Kolody used the medicine wheel to explain how moving forward involves all aspects of herself.

“The physical, mental, emotional and spiritual all come together.”

She’s relied heavily on the spiritual through prayer, smudge and ceremony.

Kolody said today she feels like she has become stronger through navigating this trauma.

“I feel like it’s totally shaped who I am as a person with holding people accountable, using my voice, speaking up when I know something is wrong or there’s an injustice,” she said. “And supporting other people in a positive way, connecting with others on a very vulnerable and raw level.”

She encouraged others who have experienced sexual trauma to be honest about what happened to them.

“Trying to suppress it and forget about it and maybe lying to yourself about it won’t do you any good,” she said. “Not acknowledging it and not healing from it, whatever that healing looks like to you, will only damage you more.”

Kolody said she also wants other survivors to know that in the thick of the pain it might seem like things will never feel better, but eventually they do.