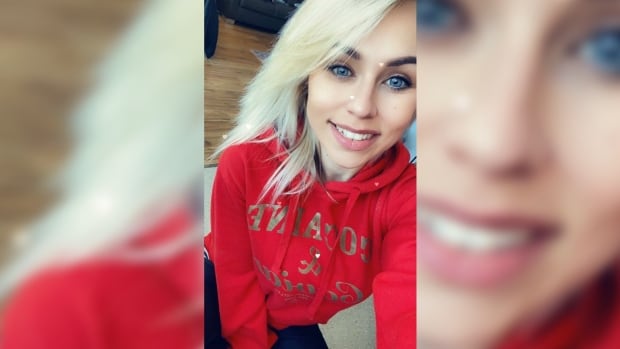 Fay Munro is terrified. She’s been evicted from her Regina-based supportive residential program in what she believes is an act of retaliation.

“In the middle of this pandemic, I have nowhere to go. I don’t have outside support. I don’t have family,” Munro said, dreading the colder days to come. She doesn’t allow herself to have friends outside of her program because she fears relapsing.

Munro joined Raising Hope Moving Families Forward residential program in January after struggling with crystal meth addiction. She has a nine-month old daughter in her care. The program is unique because there is no time limit on how long women can stay at Raising Hope so long as they follow the rules.

“I’m starting to kind of panic,” she said. “I don’t have transportation to even look for homes … if I get sick, I don’t have anybody to help me.”

The 28-year-old was told verbally she had to be out by Dec. 31. She said management told her it was because she was doing well, but she said it’s much too soon to leave.

“The first thought that pops into my mind as they’re telling me my eviction day was maybe if I relapse and I could stay, but I don’t want to do that because I’ve been working so, so hard and I’m trying to get my oldest daughter back.”

She said the residential program has helped her find stability and the apartments aren’t at capacity.

Program was a blessing

Her whole life seemed to fall apart after a traumatic car accident when she rolled her SUV and then spent a month in hospital in 2016. She said she lost her home, her oldest daughter, her vehicle and turned to crystal meth. Munro said she has been diagnosed with a brain injury from it, but that diagnosis didn’t happen until this year — four years after the accident.

“I need this place to be my foundation,” she said. “I really want to break this cycle, and I don’t want my kids to have to grow up and heal from the trauma the way that I am.”

She relies on her therapist, her addictions counsellor and the other women in the program. The housing and supports program is designed to help new moms or moms who have lost custody who struggle with addictions, homelessness or are deemed at-risk.

She said the program was a blessing earlier this year but then there were changes in high-level staffing and it started to feel more like “an institution than a recovery home” where women were treated like inmates.

I really want to break this cycle, and I don’t want my kids to have to grow up and heal from the trauma the way that I am.– Fay Munro

Munro said she fears she is being evicted in “retaliation” for being vocal about issues with management.

“There’s other women who are scared to say anything. I can’t just sit here and not say anything. It feels like they just want me to leave because of that.”

Munro recently advocated for one woman who said she was denied the opportunity to return to the program because of medicinal cannabis use. Munro wrote to the executive director on behalf of the women about her own experience of using CBD and THC to reduce her anxiety.

Time is running out, says Munro

The Raising Hope non-profit is run by Street Workers Advocacy Project. SWAP executive director Barb Lawrence declined an interview about Munro’s situation and issued a written statement in response to questions. She did not address why Munro was evicted.

“The transition or discharge of residents from Raising Hope are made on a case by case basis,” the statement read. “It is the goal of Raising Hope to assist women and families to have improved independence, and gain personal stability. Transitions are planned and support residents on their journey toward independence.”

Lawrence wrote that “transitioning from the program can cause anxiety for some participants. This is quite natural as most participants feel safe and have access to many practical supports while at Raising Hope.”

She said people in the program are encouraged to access supports beyond Raising Hope like “self- help support groups, cultural connections and addiction supports” and that “women are asked to engage in a support plan that will help them maintain their stability.”

Munro said her fears aren’t being heard by Lawrence or other Raising Hope staff and time is running out.

She has contacted the Ministry of Social Services for help and to date has only received confirmation that the email was received. She believes women at Raising Hope, like herself, need more support so they can become “success stories rather than statistics.”​