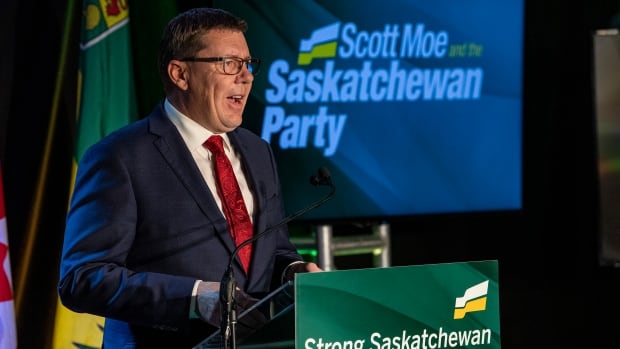 Saskatchewan Premier Scott Moe’s approval rating is 20 to 30 points higher than his counterparts in Alberta and Manitoba, according to a new poll.

The Angus Reid Institute releases its approval ratings four times a year. The most recent poll was conducted in late November and shows Moe fifth among premiers with a 61 per cent approval rating. This was a two per cent jump from August, but four per cent lower than the 65 per cent he got in May’s poll.

Overall 37 per cent of those polled said they disapproved of Moe’s performance, while two per cent said they were not sure.

The 61 per cent closely mirrors the 60.67 per cent of votes Moe’s Saskatchewan Party received in the October election.

The only other premiers that improved their ratings from August were New Brunswick’s Blaine Higgs and Nova Scotia’s Stephen McNeil.

Manitoba Premier Brian Pallister saw the steepest drop, to 32 per cent in November from 44 per cent in August.

Ontario Premier Doug Ford dropped to 55 per cent from 66 per cent. The premier with the lowest rating was Alberta’s Jason Kenney, who had a 40 per cent approval rating.

Over the past week, Manitoba leads in active COVID-19 case rate, while Alberta is second and Saskatchewan is third.

The poll surveyed 5,003 members of the Angus Reid forum across the country and 497 in Saskatchewan. It has a margin of error of plus or minus 1.4 percentage points 19 times out of 20.