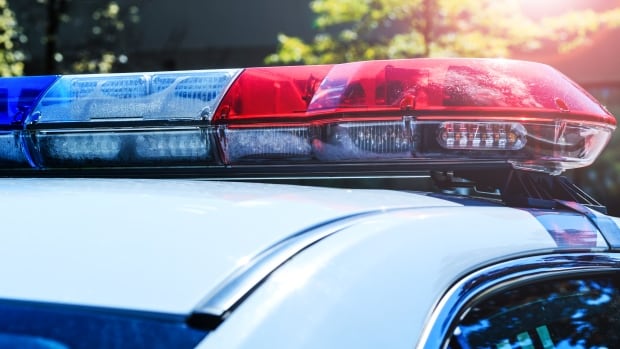 A spike in violent crimes resulted in Saskatchewan leading Canadian provinces in crime severity last year, according to the latest data from Statistics Canada.

Every year, Stats Can releases data about crimes reported to police services across the country, which includes a crime severity index — a measurement that weighs not just the change in volume of a particular crime, but also the seriousness of that crime compared to others.

According to the latest report, released Thursday, Saskatchewan’s crime severity index increased by five per cent from 2018 to 2019, and was the highest index among all Canadian provinces. Only the northern territories had higher indexes, Statistics Canada says.

The increase was attributed to a spike in homicides, attempted murders, violent firearms offences and robberies, but was also affected by a decrease in break-ins, the report said.

Part of that was attributed to an increase in gang-related homicides in the province, including four each in Regina and Saskatoon, the report said.

Saskatchewan had the highest rate per 100,000 population of methamphetamine drug offences last year compared to the rest of Canada’s provinces and territories, according to the data. The rate of opioid offences in the province, though, was well below the national average.

Saskatchewan’s overall youth crime severity index decreased by six per cent, but was still among the top in the country, trailing only that of Nunavut and the Northwest Territories.

The severity index for violent youth crime in the province, though, increased by four per cent, and was fourth-highest in Canada.

Regina has 3rd-highest rate for cities

Regina and Saskatoon had the third- and seventh-highest crime rates, respectively, among the 35 metropolitan areas in 2019, the data says.

With regards to crime severity, Regina was third-highest and Saskatoon fifth.

Saskatoon and Regina had the third- and fourth-highest violent crime severity indexes among metropolitan areas in 2019, behind only Winnipeg and Thunder Bay, Ont.

“We look at a report like this and certainly we use it to inform us,” said Regina Police Service spokesperson Elizabeth Popowich.

“But we have always said that really, for us, the focus is on Regina statistics month after month and year over year.… We tend to compare ourselves to ourselves because this is where we live.”

Regina’s crime severity index increased by one per cent, due to more attempted murders and shoplifting worth $5,000 or under, Statistics Canada said. There were, however, fewer break-ins and motor vehicle thefts, the report said.

Popowich noted that, at one time, Regina was the worst crime centre in Canada, and that progress will continue by continuing to attack the root causes of crime, such as systemic racism and poverty.

Meanwhile, Saskatoon’s crime severity index increased by less than 0.5 per cent, the report said. This was due to a decrease in frauds, “administration of justice violations,” break-in and theft of $5,000 or under (non-shoplifting), but was also affected by an increase in homicides and robberies.

There were 16 homicides and 121 robberies in Saskatoon reported to police, the data shows.

Saskatoon’s ranking is not where police Chief Troy Cooper wanted the city to end up, but does show progress, he said through a spokesperson.

“When compared to other centres across Canada, the [crime severity index] for Saskatoon is at the lowest it has been since we started measuring crime this way in Canada,” Cooper said.

Statistics Canada also released police-reported crime data for about 300 communities with populations of at least 10,000. Prince Albert ranked sixth on that list, according to a news release from the Prince Albert Police Service.

Prince Albert ranked third in violent crime (an increase from fourth the year before), but ninth in non-violent crime (a drop from seventh in 2018), the release said.

Among the city’s violent crimes in 2019 were six homicides. Arrests were made and charges were laid in each case, the release said.

“We know that public safety and crime is a priority for residents in Prince Albert, and it’s a priority for the police service as well,” said police Chief Jonathan Bergen in the release.

“Like others across the country, our community is seeing more gun violence and gang activity on our streets, and we will be relentless in our efforts to suppress it.”

Prince Albert police are also working to help solve poverty, addictions and mental health issues in the community, so there will be less violent crime, Bergen said.

The latest data does not reflect the impacts of the COVID-19 pandemic, the Stats Can report says, but is “a key reference point for 2020 police-reported data, in order to identify possible changes in Canadian crime patterns as a result of changes imposed by the pandemic.”