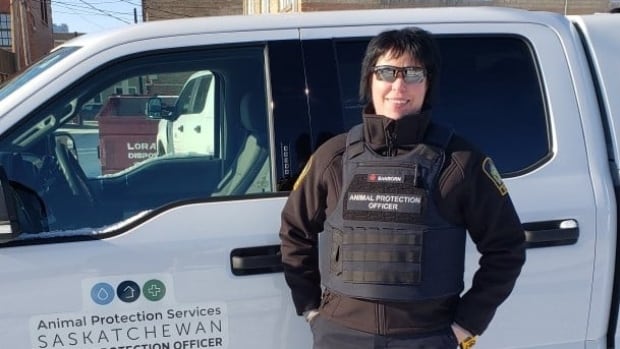 APSS said these impersonators have been asking questions about how animals were being cared for and, in some cases, have tried to remove dogs from their owners.

“We’ve had two concerned citizens say they’d been approached by people purporting to be animal protection officers and discussing the conditions in which their animals were being kept,” said APSS executive director Don Ferguson. “We were then subsequently contacted by a very upset individual asking why our officers were there harassing them about their animals.”

Ferguson said APSS verified that its officers had not been in the area.

He said that while the people impersonating officers may have genuine concerns for animal welfare, the best way to address those concerns is by going through the proper channels.

“If people do have concerns with what they believe are animals in distress or animals not being cared for, they should appropriately contact our agency so we can do an investigation,” he said. “That way, we can deal with it, rather than people … taking matters into their own hands.”

Ferguson said these most recent reports have come from rural communities northeast of Regina and that there have also been instances of people impersonating animal protection officers in northern communities in the past.

In the most recent cases, Ferguson said the animals’ owners chose not to make a report because they did not have enough identifying information about the people impersonating officers.

“Unfortunately, the people that were being confronted couldn’t provide an accurate description of the individuals or vehicle licence plates for the RCMP to follow up,” he said.

Ferguson was clear that impersonating law enforcement officials — including animal protection officers — is a crime. Also, if one of the impersonators did take an animal it would be theft, he said.

As of January of this year, impersonating an animal protection officer in Saskatchewan has become much more difficult. Officers used to wear civilian clothing on the job, but now wear uniforms and drive marked vehicles.

Saskatchewan animal protection officers also carry ID cards from the Ministry of Agriculture, and will identify themselves and present a notice of seizure when removing animals under the Animal Protection Act.

“If anyone approaches you about your animals, the conditions the animals are in, and cannot produce their ID card, please report the individual to the RCMP or local police force in your jurisdiction,” APSS said in a Facebook post.