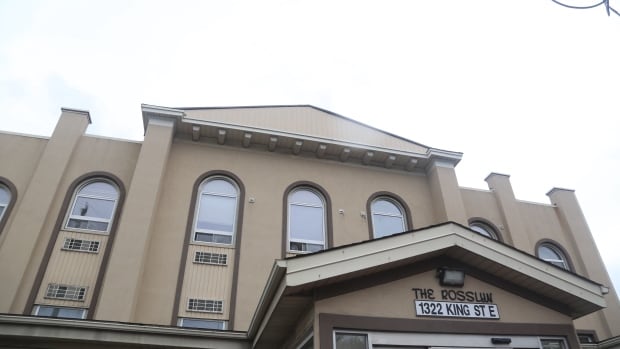 The Rosslyn Retirement Residence is fighting the Retirement Homes Regulatory Authority’s (RHRA) decision to revoke its licence, citing what it calls “serious errors in law and fact.”

But new details revealed in the regulator’s licence revocation order describe a situation where cost-cutting was the priority, nursing staff were intimidated by an administrator and a medication room was so crammed with trash it took days to clear.

The home’s appeal was filed Monday and provides its version of what was going on behind closed doors during Hamilton’s deadliest COVID-19 and the days that followed.

Despite the dramatically conflicting accounts, one issue is not being disputed — something horrible happened at the home.

“Rosslyn acknowledges the tragedy that occurred on its premises,” reads a statement from lawyer Robert S. Brown, who said in an email to CBC that he represents the retirement residence. It is the home’s first statement since its evacuation in mid-May.

“It mourns for its residents whose lives were lost, and sends condolences on behalf of its management, administration and staff to the families whose lives have been shattered by this horrible epidemic,” the statement adds.

The home was evacuated on May 15 amid a massive outbreak and crisis of care, according to public health. Sixty-four residents and 22 staff members have since tested positive for the virus.

Sixteen people who lived there have died, accounting for more than a third of the city’s COVID-19 deaths.

The home is associated with the Martino family, which owned the Royal Crest Lifecare chain of nursing homes that went bankrupt in 2003.

The RHRA revoked the Rosslyn’s licence on June 15 following inspections by both public health and the regulator which identified issues with infection prevention and controls. The appeal was filed with Ontario’s Licence Appeal Tribunal on June 29, one day before the 15-day deadline to do so.

It provides a very different picture of the outbreak at the home compared to the statements from public health, city officials and the RHRA and states the revocation should be set aside.

The 10-page appeal argues the Rosslyn took “reasonable steps” to comply with the direction from province during the early stages of the pandemic and takes issue with a list of perceived errors in process and fact.

Among them is the date when the first case of COVID-19 appeared at the home.

The RHRA’s recovation order outlines that the first resident began to experience fever and chills sometime between May 2 and 4, referencing documentary evidence and statements from the then-manager of the home.

However, that person was not tested for the virus, their roommate was not removed from the room and droplet precautions were not followed when caring for the roommate, according to the report.

“This is wrong,” says the Rosslyn, saying the resident fell ill on May 9 and describing the difference in date as a “significant error” that “coloured” the RHRA’s review. Public health declared an outbreak at the home on May 10.

The Rosslyn also takes issue with the regulator’s statement that it did not have an outbreak response or staff contingency plan, saying it has purchased a “substantial supply” of personal protective equipment (PPE) and communicated with St. Joseph’s Healthcare Hamilton to provide emergency support — which ended up happening.

The appeal also notes the home spent $100,000 to clean and sanitize the building and prevent a second outbreak, something the home says the RHRA did not consider when revoking its licence.

It says the Rosslyn was working to comply with RHRA orders issued in May when its licence was revoked.

The appeal goes on to say the revocation was “unfair” and relied on “hearsay evidence” from a registered nurse (RN) the home was ordered to hire.

However, the RHRA’s report paints a very different picture.

It says the regulator has a “history of concerns” with the home and non-compliance in areas including infection prevention and control, how medication is administered, behaviour and “providing false or misleading information to the RHRA.”

The report also says while the Rosslyn provided a staffing contingency plan on June 11, the regulator isn’t satisfied it existed in the home in April or May, as it was not provided during inspections made in those months, adding it’s not clear if the plan is actually for the home as its name isn’t on it.

The RHRA also said it spoke to staff, including some who had COVID-19, and concluded they hadn’t been trained to use PPE, that a staff member who had tested positive was not sent home and allowed to continue working and that the home failed to promptly tell workers about the outbreak.

All but two of the Rosslyn’s 66 residents have tested positive for the virus.

“According to a Hamilton Public Health official, this attack rate is indicative of sub-standard and ineffective [infection prevention and control] practices at the Home,” states the RHRA.

It also provided a lengthy summary of the following concerns it says were raised by the RN and registered practical nurse (RPN) hire by the home after it was closed:

The RHRA also says the nurses told them the Rosslyn’s medication room was full of so much garbage it took three days to clean it out.

Three garbage bags later they found loose medication on the floor, desk and a cart, a loose bowl of mixed medications, narcotics that were not secured and an empty medication administration sheet for May, reads the report.

“The sharps container was ‘indescribable’ and was filled with loose medication and a gel-like substance,” it adds.

The Rosslyn argues in its appeal that the regulator continued to rely on the nurses’s statements even after the RN apparently told the home she “screwed up” and tried to clarify them.

In its report the RHRA says the Rosslyn challenged its revocation on June 11, saying the nurses failed to understand their role in the “hierarchy” at the home.

It also describes a visit to the home on June 2 where an inspector asked to look at documents about resident care and medication, but says the administrator told the RPN to only show documents that had been completed correctly.

“Within hours of this incident, both the RN, the RPN and the personal support worker left their employment with the licensee,” says the RHRA.

The Rosslyn maintains that account too is false and the regulator has access to all medical records.

For its part, the RHRA concluded the home’s response to its notice of intent to revoke the Rosslyn’s licence doesn’t demonstrate “any genuine insight or acknowledgement that the failures and shortcoming were extremely serious and prejudiced the safety, security, and well-being of the home’s residents.”

It adds the Rosslyn has not provided any “thoughtful comment on why or how those deficiencies arose in the first place or plan and strategies to ensure the same or similar deficiencies are prevented in the future.”

In the statement shared by its lawyer the home said it “welcomes” the opportunity to publicly explain the steps the Rosslyn took to protect residents, adding the home is “confident then when all information is publicly known, it can satisfy the Registrar, the public, and its community that it responded appropriately.”

It ends by saying the home wants to regain the public’s trust so it can “re-admit its residents in the near future.”