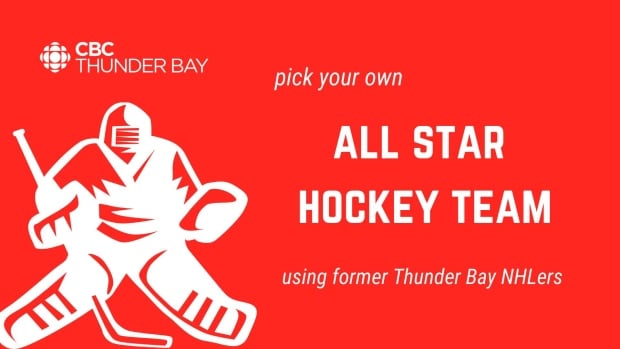 The city of Thunder Bay is celebrating its 50 year anniversary – so we’re celebrating 50 years of hometown hockey heroes!

Pick from a list of former NHL players to build your own team of 12. Each person listed played between 1970-2019 and is from Port Arthur, Fort William or has ties to the area.

Need a refresher on who played for what team and who’s name is etched onto the Stanley Cup?

Special thanks to Diane Imrie, executive director of the Northwestern Ontario Sports Hall of Fame and Museum for providing the information listed above.