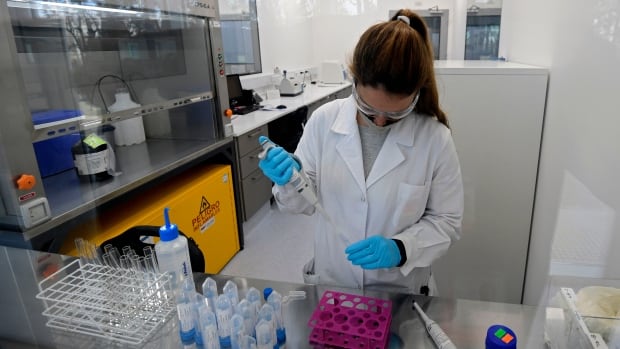 Quebec’s Health Ministry is asking health professionals including psychologists, social workers and dental hygienists if they are willing to perform vaccinations

The government says it is trying to expand its pool of workers not only for the flu shot this season, but in preparation for an eventual COVID-19 vaccine.

A letter from the ministry, sent to 21 professional orders this month, says it is taking this “exceptional” measure due to the pandemic. Currently, only doctors, nurses, pharmacists, auxiliary nurses, respiratory therapists and midwives can perform vaccinations.

The letter, obtained by Radio-Canada, asked for a response by Sept. 14 to gauge the level of interest from these health professionals.

It says they would perform only vaccinations “following training according to the conditions required by the ministry.”

The province’s professional orders of psychoeducators, sexologists and social workers told Radio-Canada that they had not finished consulting their members.

They said they were awaiting further clarification from the ministry about what regulations and training they would be required to follow, in order to ensure public safety.

Denis Leclerc, head of Quebec’s order of psychoeducators, told Radio-Canada those consultations would continue “when there are some clarifications about how all this will be organized.”

Quebec’s order of nurses told Radio-Canada that it had not been informed about the province’s plan to recruit more health workers to perform vaccines.

The order’s president, Luc Mathieu, said nurses would have an important role to play in this program, as they currently perform most of the vaccinations in Quebec.

Acknowledging that the recruitment effort is needed as the health-care network faces a labour shortage, he said it is also essential that proper training is given to those who do not normally perform vaccinations.

“Those in the mental health domain do not necessarily have the required training,” he said.

In a statement, the Health Ministry said it is still in discussions with the professional orders, and that the list of workers involved may change as those talks continue.