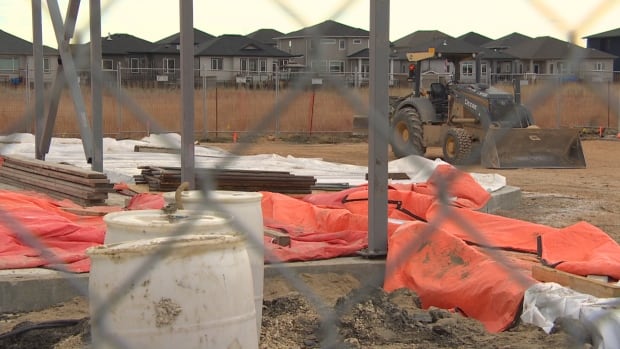 Manitoba’s municipalities are fighting back against provincial legislation that they argue would undermine their authority over important land-use decisions.

In a united front, members of the Association of Manitoba Municipalities called for changes to the proposed law in a resolution passed at their annual convention Monday.

The association has insisted for months that developers and landowners shouldn’t have the right to appeal the decisions of a duly elected municipal council, which Bill 37 — The Planning Amendment and City of Winnipeg Charter Amendment Act — would permit.

Under the law, which has yet to pass, the final say would be left to the province’s non-elected municipal board.

The proposed law, which calls for sweeping changes to the way land-use decisions are made, permits “municipal board appeals to override the legitimate jurisdiction of elected municipal officials,” said Kam Blight, the reeve of the rural municipality of Portage la Prairie, who was elected AMM president on Monday.

‘We know our communities the best’

“As local officials, we know our communities the best. Therefore, we continue to urge the government to respect municipal authority.”

The AMM resolution calls for other unspecified measures to ensure accountability for municipal decisions, but proclaims that local councils and planning districts should be the ones guiding development in their communities.

The province introduced similar legislation in March, called Bill 48, but it was wiped out when the legislative session was dissolved in the fall.

The new Bill 37 includes some appreciated tweaks, Blight said, such as reducing the window for appeals to be heard and giving the right to appeal to all Winnipeggers, not just developers.

But municipal decisions can still be reversed.

“We see this as a huge amount of red tape that is totally unnecessary for municipalities.”

The legislation comes out of a 2019 provincial review of municipal planning, zoning and permitting, which described Winnipeg’s planning, property and development department as dysfunctional.

The province said the amended bill shows municipal feedback was taken into consideration.

“We will continue working with municipalities to ensure a more streamlined planning process and enhance opportunities for economic growth,” a spokesperson for Municipal Relations Minister Rochelle Squires said by email.

“It’s actually taking away the power of our ballot, the power of us to choose how we want our communities to look in the future,” the Opposition leader said.

“if we’re going to be looking at anything in the future that involves planning or discussing the future of a region in Manitoba, it should always be done with democracy in mind.”

He said earlier changes to the Planning Act authorized the municipal board to overrule the decade-long denial of a quarry in Lilyfield. The provincially appointed body “streamrolled” the desires of the community, Lamont said.