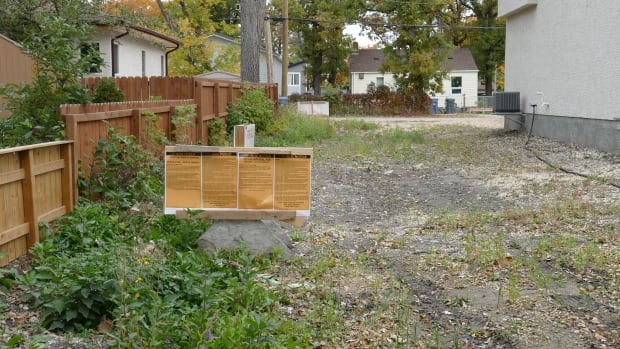 How high, how wide, how deep, how many and where.

Those are broadly the criteria by which infill housing is determined and the City of Winnipeg is trying to change the rules to fit some widespread — and differing — opinions.

The city has formally been whittling away at changing the process for infill housing for more than three years. It’s done stakeholder workshops and focus groups and met with residents, held pop-ups and conducted surveys.

It sets height, width and length restrictions for everything from duplexes and multi-family dwellings to lot splits and townhouses.

It also carves the city into zones where some rules will apply and others won’t.

A last chance for the public to weigh in is available on the city’s website. That final engagement opportunity closes on Oct. 15 and then the plan moves into the political side of city hall.

Glenwood resident Irene Dutiaume wants the city’s planning department and the councillors to know her “saga” with an infill housing lot split.

A developer purchased the lot next door, and applied for a permit to break the property into two 25-foot sections and build two homes.

On a street dominated mostly by bungalows, the neighbours opposed the change and a variance to double up on the lot was denied.

The developer sold the property to another developer, who she said tried to bully her and her husband into supporting a lot split.

After letting the grass grow waist high and cutting down all the oak trees on the lot, the new developer started construction of a single home.

With four feet separating the construction site and Dutiaume’s property, her fence and shed were damaged by equipment working next door.

The other side of the lot is now empty and the owner has applied for a new variance to split the lot into two, Dutiaume said.

“It’s been an ongoing saga,” she said.

“I think what I would ask them to do is come out and view where they’re allowing a variance,” she said.

“We’re not against infill and it might work on some in some cases — but in other cases, and this is just an example, is our place.”

One of things that many on all sides of the infill debate agree: there is a level of distrust as deep as a foundation hole.

“Secondary plans and the zoning bylaws seem to be a suggestion that is easily overridden,” one participant in a focus group for the new guidelines said.

Tim Comack, vice-president of development for Venture Developments, provided technical advice and analysis to the city’s planning department as it worked through new guideline proposals for infill.

Standing in front of a multi-family infill project his company completed in the Crescentwood neighbourhood, he described what he called a “faux” process that he went through.

“Ambiguity and not having any form and structure of guidelines in place, having to navigate a grey area on almost every front [to] gain buy-in and deal with opposition — the standard stuff,” Comack said as he gestured at the building.

Comack has guarded praise for where the guideline review stands now. It’s needed, but perhaps doesn’t go far enough to allow the type of infill developments that regularly occur in cities such as Edmonton, he said.

“You know, we’ve been talking about this for quite some time and other cities have leaped way beyond us. I think we’re, you know, thankfully catching up, but this is long overdue,” Comack said.

He feels the guidelines miss a “visionary” approach found in communities such as Edmonton.

“I think we’ve taken a baby-step approach versus, you know, maybe taking a bit of a leap from that perspective,” Comack said.

Councillor gets an infill earful

St. Vital Coun. Brian Mayes is a door-knocker, whether in an election year or not.

The veteran councillor hits thousands of doors a summer, and in some neighbourhoods (predominantly older, mature ones), he routinely gets an earful on infill.

The vast majority of those opinions are about lot splitting.

“It’s as if the city staff see this as a great success and now they want to spread it out elsewhere, and it’s been a complete disaster. Frankly, it’s led to hundreds of complaints,” Mayes said.

And with many gravel back lanes in the area, adding a home increases traffic, which increases the massive ruts in alleys, he said.

If the guidelines stay in the current form, he won’t vote for the changes.

City planner Kurtis Kowalke has heard input from all sides and has tried to guide the new guidelines through the past three years with an ear to all.

“It’s a tough one, because every individual group kind of has their particular issue, their own priorities, and what we’re really trying to do with this document is find that balance between the various interests,” Kowalke said.

The proposals “help provide a little more direction on where different types of infill would be appropriate,” he said.

He hopes more people chime in before Oct. 15 and add their opinions.