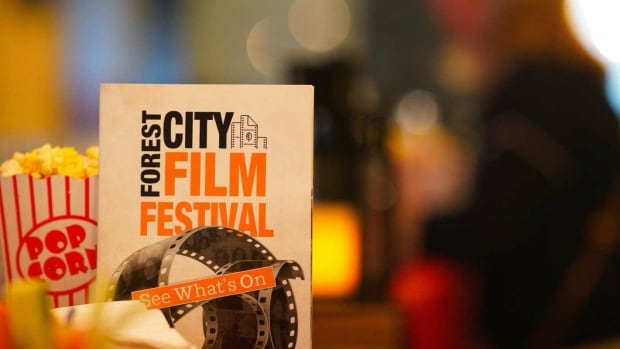 The nine day festival features films that highlight southwestern Ontario talent or stories, with a focus this year on music, youth and Indigenous talent.

Dorothy Downs, the founder and executive director of the festival, admits it was a challenge to convert a live event into a completely virtual one, due to the COVID-19 pandemic, but she’s pleased with how it’s come together.

“Everybody was talking about the second wave. So way back, as soon as the pandemic hit, we got hard to work researching what everybody else was doing. And we were able to kind of watch some of the best festivals in the world to kind of learn from them,” Downs said.

The festival kicks off with a look at 15 of the top music videos from across southwestern Ontario, a new category that was open to anyone west of Toronto.

“This is not at all what we would normally have for an opening-night event. We just thought, you know, how can we make this really unique and really awesome?,” Downs said.

Ironically, this year’s all-virtual format for the festival has attracted more submissions than organizers have ever received, a total of 75 films.

“It was a great opportunity for a small, young film festival to try to grow and gain a bigger audience. And we hope that’s what we’ve done this year,” said Downs.

While she doesn’t profess to have favourites — because, as she explains, “that’s like a mother saying who her favourite child is” — Downs does encourage viewers to  check out The Cuban, which she calls a “very special film.”

It’s about a young Afghan immigrant named Mini who gets a job in a nursing home and meets Luis, a resident with dementia. She accidentally discovers music is a trigger for Luis’ memories and starts using it as a way to awaken him.

Judith Schuyler, a filmmaker originally from Oneida First Nation, was involved in making the selections. She chose five short films by some of the top directors in Canada: Alethea Arnaquq-Baril, Elle-Maija Tailfeathers, Caroline Monnet, Zoe Hopkins and Lisa Jackson. They’re packaged as The Embargo Project.

“These women are globally really well-known, and their works are just phenomenal and really inspirational. And that is why I chose this program in particular,” said Schuyler.

Another Indigenous film Schulyer selected was The Incredible 25th Year of Mitzi Bearclaw. It’s about a young woman who lives in the city and has to go back to her reserve to take care of her aging parents.

“You know, going to the big city from a small community or from a reserve is quite a feat. But then to come back to your community after that, it’s also something that I think a lot of people go through these days. It’s also a really funny film.

Downs says what makes the Forest City Film Festival distinctive is the films are paired with shorter productions and filmmaker Q & A’s.

The cost is $14 a ticket, a little more than Netflix. Filmmakers also get a portion of the ticket sales.

“But for that, anybody can watch it in your household. So if you have a bubble party to watch some of these films, that’s perfectly fine, as long as you’re safe.”

There are also six- and 10-ticket packages that make it less money per viewing. And there’s a full week pass that brings the price down to about $6 a ticket, said Downs.