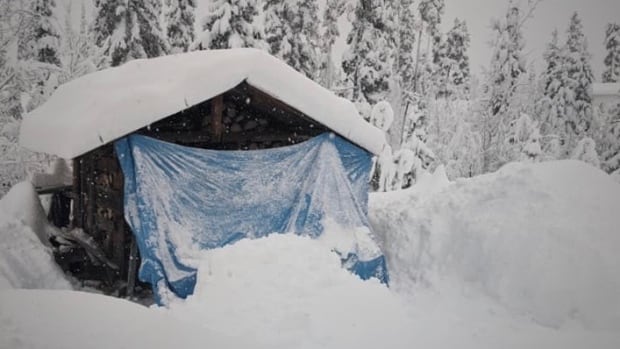 Graham West spent Friday afternoon shovelling snow off his roof in Anahim Lake, about an hour and a half east of Bella Coola by car, in B.C.’s Central Coast region.

“We’ve got about two feet of snow on there — and it’s wet and heavy, so I try to get that off before anything else,” West said on Friday afternoon.

His power has flickered, but so far the lights have stayed on. The same can’t be said for hundreds of other BC Hydro customers in the region.

BC Hydro reported that at least 1,200 customers had lost power Friday, and many can expect to be in the dark until at least Saturday morning as the challenging snow conditions hamper the work of repair crews.

According to BC Hydro, there have been reports of trees down on power lines, and people are warned to stay at least 10 metres away from hazards involving the electrical lines.

In the area around Anahim Lake, there are at least eight separate patches of power outages. West said he hasn’t noticed too much wind, so he figures the heavy snow is largely to blame.

He said it was still coming down late Friday, so “it’s only a matter of time,” until power at his house is knocked out, too.

But West said a delay in fixing the outages shouldn’t be a problem for most people in the area.

BC Hydro posts power outage updates on its website.