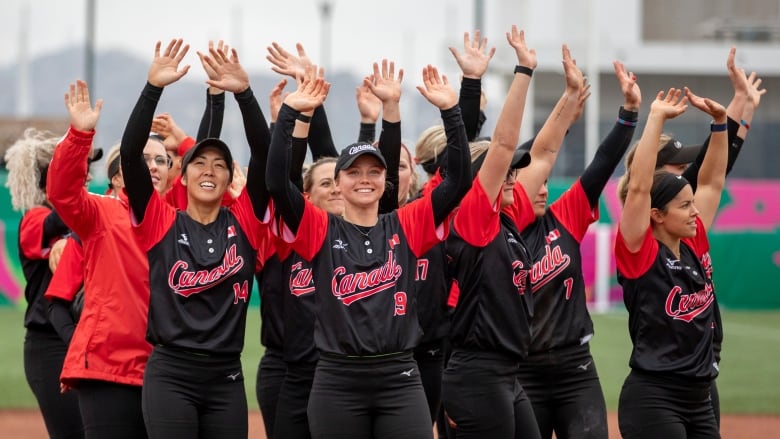 In normal times, softball diamonds across the province would be humming with activity by now, three weeks into a new season that should have started in early April.

The sport is a big deal in B.C. And B.C. is a big deal on the national scene, where provincial teams have swept Canadian titles in all age categories three years running, while producing talent that makes up half of Canada’s Olympic roster.

But, like all sports, COVID-19 has left players and clubs in limbo, and organizers scrambling to figure out what, if anything, can be done to salvage even a sliver of the 2020 season.

“Oh, it’s been chaotic,” said Softball B.C. executive director Rick Benson from his home office. “We shut down on March 13, Black Friday … and have had so many online meetings, both provincially and nationally, trying to figure out what we can do.”

Softball officials have pegged June 1 as the earliest possible opening, but Benson believes it will likely be later, if at all.

He did feel a glimmer of hope earlier in the week when provincial health officer Dr. Bonnie Henry said sports were important, and outdoor activities are better than indoor ones when it comes to thwarting coronavirus transmission.

“I need the people who are involved [in sports] thinking about how we can do it in the new normal,” Henry said.

Still, a lot has to fall into place if there’s any chance of playing ball.

And, as Henry suggested, sports will have to come up with pandemic-proof strategies, which is exactly what softball officials are trying to do.

“We have a task force that is working on both the safety side as well as the modified rules side,” said Benson. “So now we’re trying to figure out what softball might look like with physical distancing and sanitizing and the wearing of masks.”

Discussions include what to do with one of the most exciting features of the game — plays at home plate — where contact is almost guaranteed.

One idea being floated is using a safety line, so instead of needing to touch home plate, runners can score by crossing a line drawn to the outside of it.

Other things being looked at include how to organize a dugout to prevent crowding and how to keep softball’s cheer and chant tradition alive while making sure players don’t get too close.

The same sorts of conversation are being had among baseball people, according to the president of Coquitlam Little League.

‘Surreal in a different way’

Sandon Fraser’s club was in the midst of a mini registration boom resulting from last year’s Canadian title win and appearance at the Little League World Series when coronavirus brought things to screeching halt.

“To win at that top level is such a amazing feat in itself, and then it’s eclipsed by another surreal experience — but surreal in a different way,” said Fraser.

Fraser says baseball is lucky in that it’s not a true contact sport, and rule revisions are likely coming to address touchpoints at the bases and home plate, and to eliminate mound visits.

At Coquitlam Little League, committees are talking about more close to the ground concerns: how to safely operate the batting cage, how to keep fans properly distanced, and whether it would be wise to open the concession stand.

Fraser is hopeful that even if “true” baseball doesn’t return, the club can find a way to keep its 700 little leaguers engaged.

“Maybe it looks a little different. Maybe it’s more drills and modified games. Get kids exercise, get opportunities to connect with each other and do fundamental skills while still being distanced and safe.”

Benson says if nothing else, the current uncertainty has made people appreciate more than ever, the things they love about sports.

“We think that when we come out of this, the celebration is going to be like VE-Day day all over again,” he said.

“It’s going to be a big catalyst knowing that we’ve come through the other side and that we were victorious in this fight against the pandemic.”