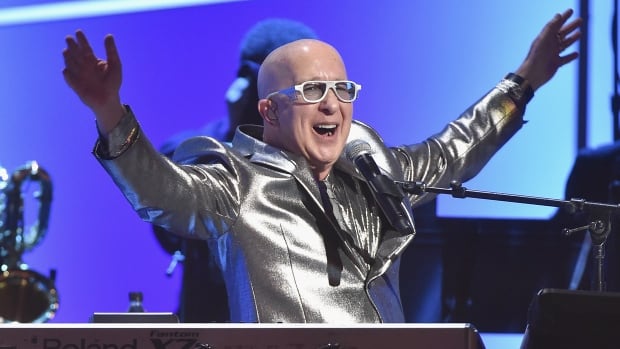 A disco classic co-written by a Thunder Bay, Ont., artist has been inducted into the Canadian Songwriters Hall of Fame.

It would go on to reach number one on the Billboard dance club songs chart and earn a 1983 Grammy nomination for Best R&B Performance by a Duo or Group with Vocal.

Shaffer, who is best-known as the long-time bandleader and sidekick to former late night TV host David Letterman, said the induction is possibly the most special thing to ever happen to him because the recognition is coming from his own country.

“I’m just thrilled out of my mind and so grateful to Canadians in general and to the Canadian [Songwriter’s] Hall of Fame,” Shaffer told CBC.

Shaffer was introduced to Jabara by producer Ron Dante, who worked on Barry Manilow’s early recordings, he explained.

Shaffer had been working in New York as a session musician and arranger and had worked with Dante on some of Manilow’s work.

“He said, ‘I’ve got a new artist, Paul Jabara, and he’s going to record a song called One Man Ain’t Enough, and I want you to do the arrangement,” Shaffer said. “And I arranged that for him. The record didn’t go anywhere. That was when he was singing himself. Then he became a songwriter. And he wrote Last Dance for Donna Summer and he won an Oscar. And after that, he called me up and he said, ‘Let’s write one together. I got a title. How about It’s Raining Men? And that’s when I said, ‘I’ll be right over.'”

The two men wrote the song with Donna Summer in mind, Shaffer said, but she ultimately rejected it for being blasphemous.

None of the other divas of the era wanted to record it either, he said.

Undeterred, Jabara approached the duo of Martha Wash and Izora Armstead who would later become known as the Weather Girls to record the song.

It remains Shaffer’s only hit and one of relatively few songs he’s ever written, he said.

“I don’t consider myself a songwriter,” he said. “But, you know, I had a wonderful co-writer in Paul Jabara, who was a real pro.”

Asked if he had anything he wanted to say to his hometown of Thunder Bay, Shaffer said he is proud to have been raised in the city and the tough crowds of the era provided excellent training for him as a performer.

“The kids didn’t applaud when we were playing for kids,” he said. “It’s not that they weren’t appreciative. And everybody was super nice and encouraging to me, all through my career and all through my upbringing up there. But basically, they didn’t applaud. That’s all there is — just a crazy tradition that I think has changed.”

Shaffer, who still has family and friends in Thunder Bay, said he had launched a new career playing with symphony orchestras just prior to the start of the pandemic.

“I was getting ready to perform with the Winnipeg Symphony,” he said, “one of a number of dates I had on the books that I hope will be rescheduled.”