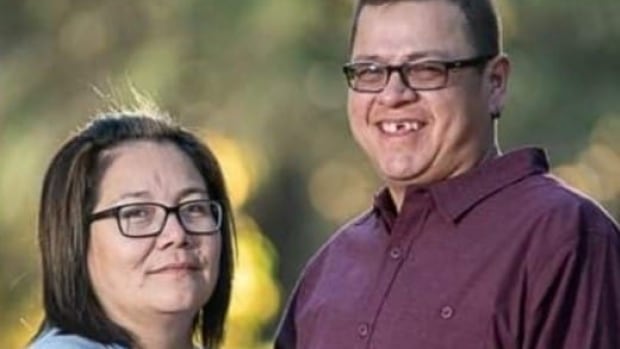 A woman involved in a fatal collision on Circle Drive last week says barriers separating lanes on the busy stretch of road might have saved the life of a 24-year-old woman.

Nicole Gamble was on her way back to the Beardy’s and Okemasis’s Cree Nation with her husband Hilary when their vehicle was struck head on by a car that had travelled the wrong way into their lane. The woman driving that car died at the scene.

Gamble’s dealing with bumps and bruises all over and a shattered wrist, and says both she and her husband, who was driving, are feeling sore following the collision — one she says might have not ended in tragedy if something had been separating traffic.

“Maybe if there was a barrier, that may have helped to save her life,” Gamble said in a phone interview Sunday.

What exactly happened on Circle Drive North on Friday that resulted in the collision, which took place between College and Attridge Drive, is still under investigation by the Saskatoon Police Service’s collision analyst unit.

But Gamble said while the crash appeared to happen in “slow motion,” it took place in an instant.

“I just looked up and I see the vehicle flying across the other side of the road,” she said, as she was texting her children to let them know they were on the way home.

“It jumped through the meridian … the little ditch thing, and it just came straight for us. I just remember closing my eyes. It happened so fast, I can still hear the metal crunching. I can’t sleep at night thinking of it.”

She and her family have been smudging and praying for the young woman who lost her life, noting it was a life ended far too soon.

“She was too young to go,” Gamble said, the pain clear in her voice. “She was just a baby herself.”

Both her and her husband extend their condolences to the family who is mourning and want to thank those who helped them out of the wreck, which closed traffic for several hours as police responded.

CBC Saskatoon reached out to the City of Saskatoon for a response to the calls for barriers, but a comment was not received by deadline.

Police have cleared the scene of a serious collision on Circle Drive East.<br><br>One 24 year old female was declared deceased at the scene. Two occupants of the second vehicle sustained minor injuries.<br><br>Both directions of travel on Circle Drive East have been opened to the public.

Kirton, who worked as a reporter before he was a city councillor, recalls covering serious collisions on this same stretch of road in the past. Now he hopes to raise the issue of barriers in the area with city administration to see if something can be done to make the stretch of road safer.

Kirton says the fact the road has seen more than one serious collision should be enough for the city to take action, without having to do a number of studies to find out the area is dangerous.

“We have our own statistical information that this happens, and obviously, it’s happened a number of times too many when we have, not just one, but more than one loss of life over the last number of years,” he said.

“I would love to be able to talk to administration and see if there might be a way that we can get past our mind sometimes, on studies and statistics, and think about, well I guess, the reality that is out there — and that reality took a tragic turn on Friday,” he said.